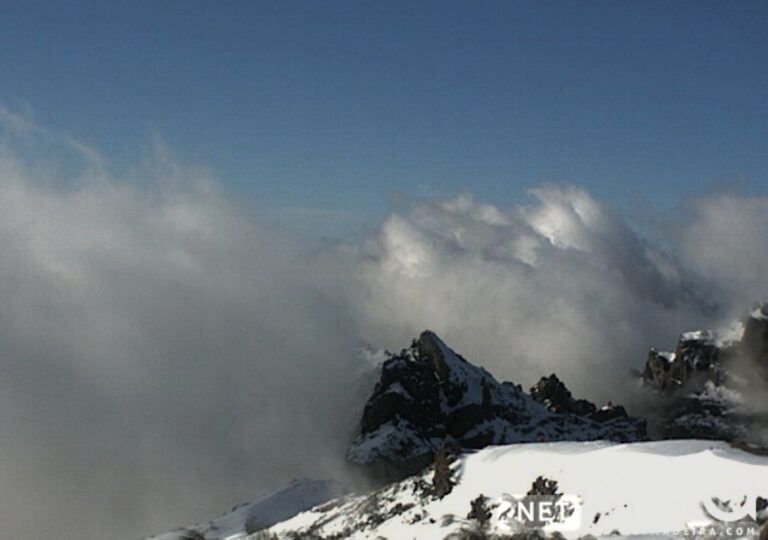 Since last Thursday, the 7th of January, Pico do Areeiro – still with a white cover due to the recent snowfall – has been registering negative air temperatures daily. In this rare cycle of eight consecutive days with temperatures below freezing, we highlight the four days (8, 9, 11 and 12) where the temperature values ​​remained negative for 24 hours. In this particular -2.7ºC stands out on the 9th (Saturday), as the most extreme record of the minimum temperature at the local weather station.

Today at dawn, the temperature dropped to -1.5ºC, but gradually, over this very sunny Thursday, also in the peaks of Madeira, the air temperature has been rising, having already reached 7 this afternoon, 7ºC (until 15 hours). Indicator of a probable end of the cycle of negative temperatures, which still does not erase – for now – the traces of the generous layer of snow that began to fall a week ago, not only at the summit but also at levels below 1500 meters of altitude.

Photo from the webcam just now.

Certainly the longest cold spell I can remember in 15 years.

ANOTHER DAY WITHOUT NEW CASES IN MADEIRA