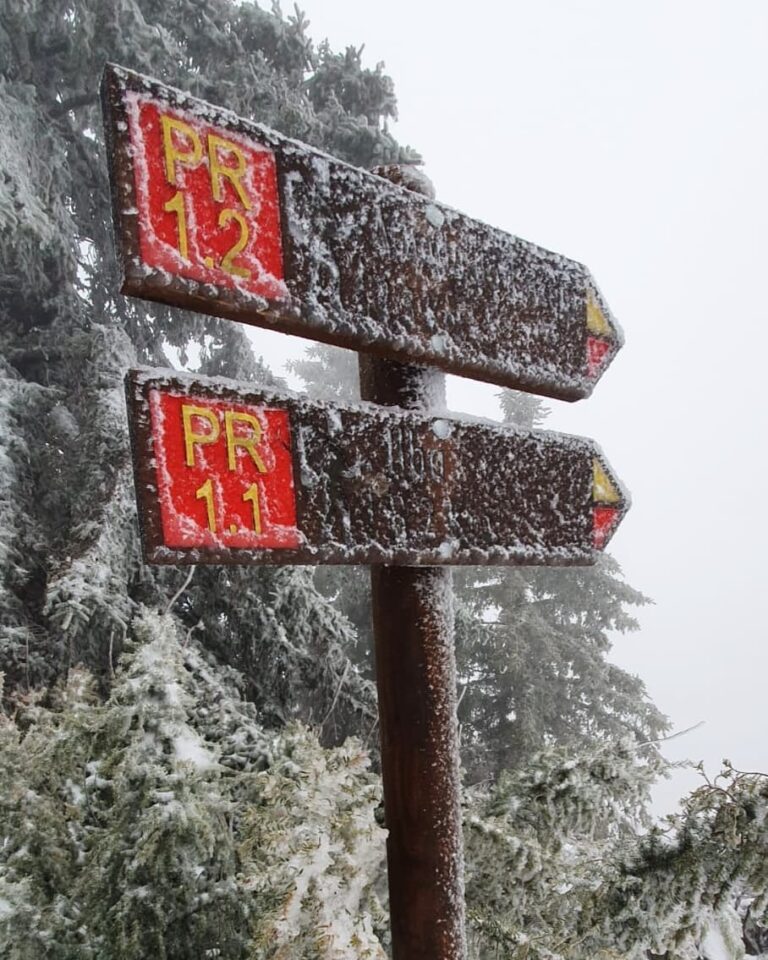 Lots of snow fell over night

Poiso, Pico do Areeiro, Achada do Teixeira and Bica da Cana ‘woke up’ under a white blanket.

There is snow already in Poiso, about two kilometers below the Casa de Abrigo Restaurant and then up into the mountains, according to the source of this establishment. The same happens in Achada do Teixeira, on the way to Pico Ruivo and Bica da Cana (Paul da Serra), as the photos from this morning show.

The circulation at this moment is still open, but the recommendation is that you do not go there, since besides the snow and most of the vehicles in Madeira are not prepared to circulate in these conditions, due to the strong wind there are many branches on the road.

The meteorological station of Pico do Areeiro recorded by 6 am this morning -0.7 degrees and 12.9 mm of precipitation. Before, at 4 o’clock the temperature was already -3 degrees and with 17.3 millimeters of rain.

Check the gallery below.