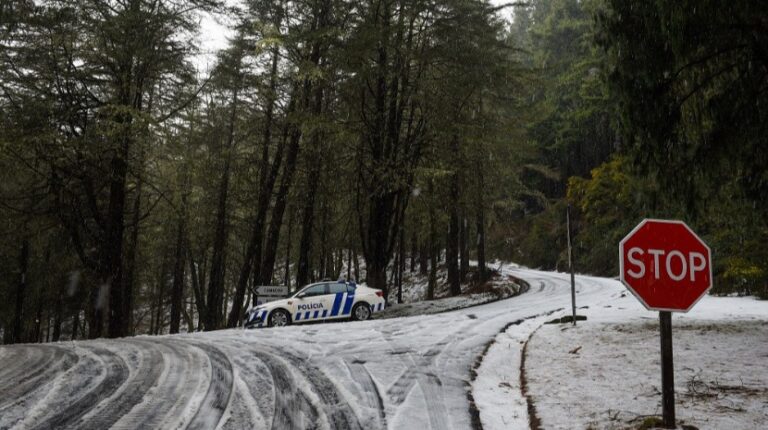 CHANCE OF SNOW ON THE HIGHEST PEAKS OF MADEIRA ON SUNDAY

The Karim depression, which was centered on the Atlantic, is closer to Madeira, where it will influence the weather for this weekend. Cold, sleet, snow and lots of rain in the mountains are planned for this weekend.

Thus, associated with the Karim depression, “rainy periods are expected, which may be heavy during the early morning and Saturday morning, especially in mountainous regions, turning to showers from the afternoon, which can be hail and accompanied by thunderstorms”, revealed  in a statement from the IPMA.

Showers,  “generally weak, are expected to last for days 21 (Sunday) and 22 (Monday). Associated with the invasion of polar air, the showers may be snowy at the highest peaks of the island of Madeira, in particular at dawn on the 21st (Sunday) “.
The wind will be from the southwest, temporarily strong throughout the Madeira Archipelago. In coastal regions, gusts can reach values ​​in the range of 80 to 90 km / h and in mountainous regions, values ​​in the range of 100 to 120 km / h, particularly between the late afternoon of the 19th (Friday) and the early morning of the 20th (Saturday).