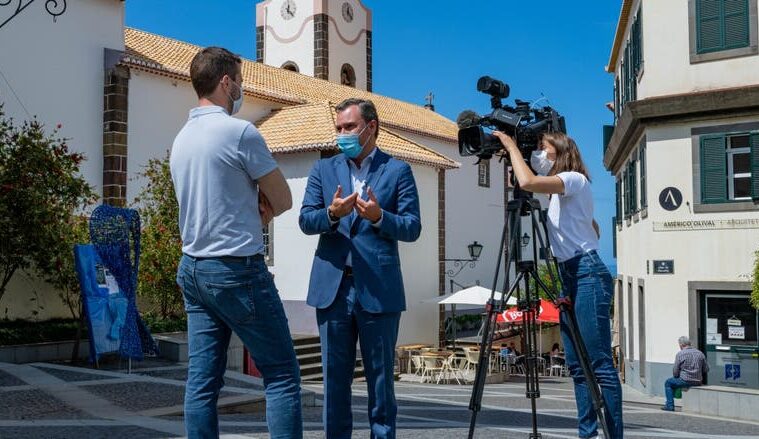 The French public channel interviewed the Regional Secretary for the Economy, Rui Barreto, and the Project Consultant at StartUp Madeira, Gonçalo Hall.

In the interview with the French station, Rui Barreto explained the importance of creating an integrated strategy to attract the new segment of digital nomads to the region’s economy.

“It is a very important market because they are also diffusers, they are ambassadors for Madeira, because they are going to share their experiences. It is a low investment with a huge impact ”, said the government official.

Gonçalo Hall, consultant for the project, highlighted the “explosion” of inscriptions from people from all over the world who expressed interest in living and working in Madeira. “We have 6,400 registrations, it is really a great success, which forced us to expand faster, because there are really a lot of people who want to come here”.

In the report broadcasted on French TV, the good management that Madeira has been doing at the pandemic level is also highlighted, a factor that has contributed to the success of the project. “Here, Covid-19 is under control with only a few cases a day.”

Vila Nómada Digital is a unique concept in Europe. Despite being recent, the project has attracted the attention of the national and international press. After registration opened in November, the project was mentioned in more than 50 media outlets. France 2, CNN, EuroNews, Forbes, 150sec, Lonely Planet, Der Spiegel, Huffington Post, The Japan Times, Times of India, Mirror are some examples.