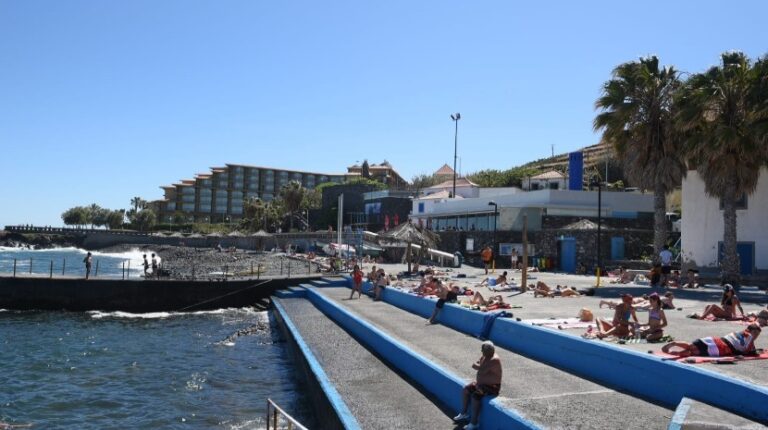 An on going saga that never seems to be resolved, and with this area putting the most money into the Santa Cruz Câmara it should be at the top of their list and dealt with years ago.

A malfunction in the Reis Magos pumping station is at the origin of a pollutant discharge that led to the closure of the beach, confirms the Municipality of Santa Cruz, in a statement, stressing that “it was the first time that a problem of this nature occurred”. (from this new pump maybe)

“During yesterday morning, the Reis Magos Pumping Station went into by-pass between 13:30 and 13:50. The reason for the Station to go into by-pass was due to the failure of the probe’s level relay that it triggers the functioning of the mechanical grid. The failure of the component in question meant that the grid did not work, in automatic mode, during the period mentioned, as would be expected”, explains the municipality.

Filipe Sousa’s office stresses that “the by-pass period took place between the reception of the alarm and the arrival at the site by the maintenance team”.

In the same note, the local authority managed by the JPP “deeply regrets the political use and lack of ethics of the PSD and PS candidates in the face of a breakdown in the Reis Magos Pumping Station”.

“Taking advantage of a breakdown, something that no one can control or predict and that can happen anywhere in the world, to make policy and tarnish the good name of the institutions and companies that manage the equipment is one of the lowest levels to which ethics and politics they can descend”, stresses the Municipality of Santa Cruz.

Even further, the Santacruzense autarchy considers that “the baseness of the political strategy takes on even more serious contours with regard to the PSD candidate, who, in a creeping attitude, accuses the current municipal administration of not liking Caniço, the city where we invest in it. the first term and that had been forgotten by the PSD for years”.

(I totally agree that Caniço, Caniço de Baixo and other areas are left far behind Santa Cruz, and all those that say it isn’t, are liars…)

“It is necessary not to be ashamed or to remember, but fortunately the population is not guided by the same values ​​as these people. Above all, it is necessary to be very poorly trained to imply that any President of the Chamber can commit irresponsible or premeditated environmental attacks against the population “, reinforces the City Council of Santa Cruz.