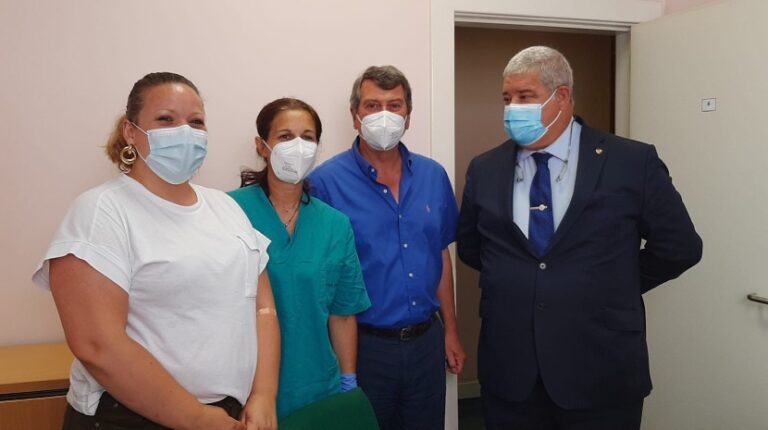 The Regional Secretary for Health and Civil Protection is confident that the Region will catch up within two weeks of the delay in vaccination against covid-19. This is in reaction to the fact that the archipelago is in last place in the immunization process, as disclosed by the responsible for the national task-force.

Pedro Ramos, who was speaking to journalists during a visit to the Associação Protetora dos Pobres, where a hepatitis screening campaign is taking place, said that this is a dynamic process, recalling that in recent weeks Madeira has been “always on the podium, in third place. , not only in the complete vaccination but also in the vaccination of the first dose”.

As for the latest data, the official explained with the region’s own dynamics, of being a tourist island that receives, but from which many Madeirans also leave in the summer season, and this year they are looking for Porto Santo more. “We are having some difficulties in the contacts and, therefore, the reason for the ‘open days’ that were created”, he acknowledged, announcing that there will be an ‘open day’ on the golden island in August.

“We were also surprised by the changes in timing between the first and second doses of AstraZeneca and Pfizer, when people already had their schedules and we haven’t been able to reach many of these people in the Region.” As such, the Region failed to comply “on the date that was scheduled”. Pedro Ramos was confident that Madeira’s position in national vaccination rates will be better in the next two weeks, because we have the vaccines. We are not managing to manage at the speed we wanted”, but it will be possible to recover.

The government official also wanted to thank the 300 professionals who are involved in the vaccination campaign, asking them not to be “unmotivated”, because “this is a work of dedication to the public cause and the population of the Region”.

ESCOLA DO CANIÇAL: CONTACT WITH POSITIVE CASES LEAVES 81 IN ISOLATION