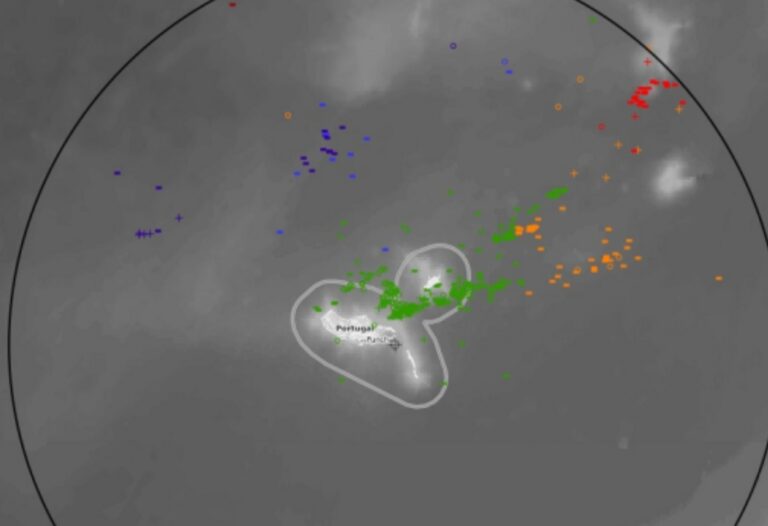 279 lightnings registered between Madeira and Porto Santo in four hours

During the last night, more than 300 lightning strikes were recorded in the Madeira Region – within a radius of 300 km from Funchal – with a particular incidence in the northeast area of ​​Madeira Island and the south coast of Porto Santo Island.

The period of greatest electrical activity occurred between the end of Saturday night (11 pm) and mid-morning today (3 am). In this four-hour interval, the network of thunderstorm detectors of the Portuguese Institute of the Sea and the Atmosphere (IPMA) recorded 279 atmospheric electrical discharges, most of them very close to or even close to the land territory of the two islands.

After passing through Madeira, the frequent and dispersed thunderstorm continued to be felt this Sunday over the Atlantic, north of the Madeira Archipelago, extending to the west coast of mainland Portugal. 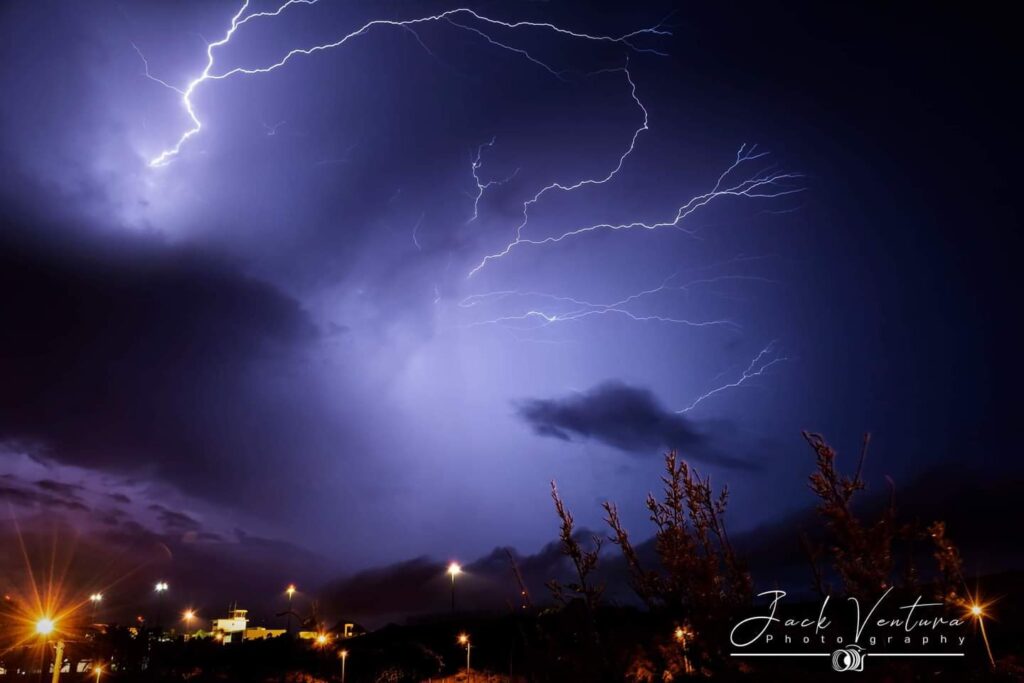 ESTABLISHMENTS CLOSED UNTIL NOW WILL REMAIN SO UNTIL EARLY JANUARY

New Bust not from Emanuel Santos