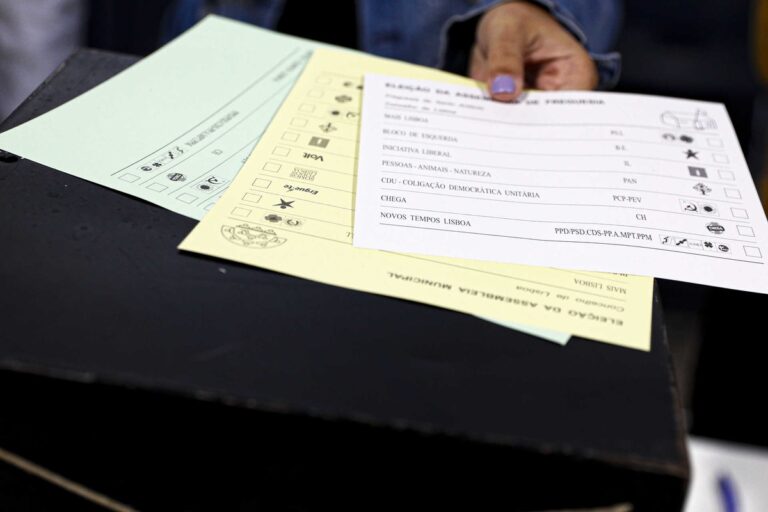 Voter turnout for today’s local elections stood at 42.34% up to 4 pm, below the figure recorded four years ago, according to data from the General Secretariat of the Ministry of Internal Administration (MAI).

Compared with the last municipal elections, which took place on 1 October 2017, voter turnout has dropped: four years ago, by the same time, 44.39% of voters had voted.

Voting at the polls takes place this year between 08:00 and 20:00 local time (when polling stations close in the Azores, it will be 21:00 in the rest of Portuguese territory).

According to data from the General Secretariat of MAI, more than 9.3 million voters can participate today in the election of the mayor, president of the Assembly of the Municipal Assembly and the executive of the Parish Council.

These local elections were attended by more than two dozen parties and more than 60 groups of citizens.

The National Elections Commission (CNE) estimates that a total of about 12,370 candidate lists have been presented, of which about 1,035 are from groups of voters.

The mayors of the City Council and of the Municipal Assembly of the country’s 308 municipalities and 3,091 mayors and executives of the Parish Councils will be elected (on the island of Corvo, in the Azores, the municipality with the fewest voters, the municipal executive also performs the powers attributed to the parish ).

PRODUCER LOOKING FOR EXTRAS FOR FILM SHOOTING IN MADEIRA IN SEPTEMBER

Alternative route on and off Campo da Barca

One last photo of this mornings moon from Madeira