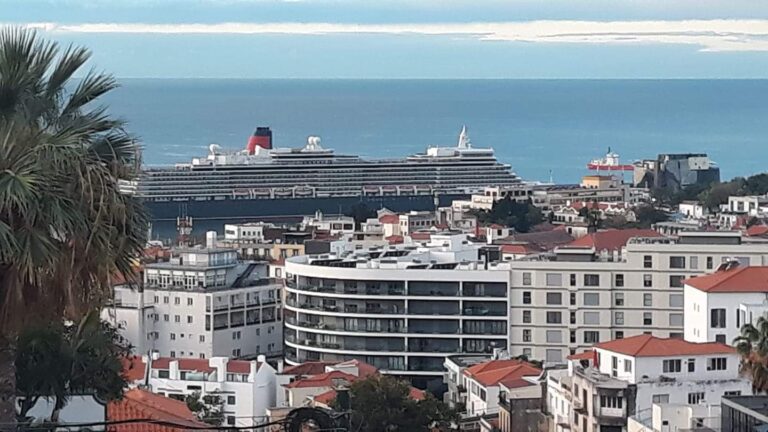 ‘Queen Elizabeth’ back in the company of ‘Borealis’

Thanks to Gary Lillistone for the photo above.

The iconic cruise ship (named after the Queen of England) ‘Queen Elizabeth’ is back in Funchal, precisely 11 years after its debut in this port.

The arrival of this ‘moderate giant’ did not happen with British punctuality, as instead of midnight and a minute as expected, it only docked just after 7:00 am this Friday, October 22, 2021.

With a capacity for just under 2,100 passengers that are accommodated in its 294 meters in length in a classic and modern style, this ship can be served by about 980 crew members.

The ship belonging to the Cunard company will spend the night in Madeira and will only depart around midnight tomorrow, 23. This stopover has the particularity that passengers do not come in a bubble, so there are no restrictions on their stay ashore.

“I christen this ship Queen Elizabeth. May God bless it and the people who travel on it,” said the Queen of England as she dropped the bottle of champagne that broke against the ship’s case on October 12, 2010. Her maiden voyage was from Southampton, precisely from where she left a few days ago to head to Funchal.

Also on that date, the first trip with passengers was made to Madeira and then to the Canary Islands. This time it will head to Tenerife.

Also today arrives the ‘Borealis’, which was here last week and is back, helping to compose the scene of a Friday as in pre-covid times. In this recovery, the only difference is that the ships are not yet full, which would be the case of this Fred.Olsen Cruise Lines ship, which carries up to 1,404 passengers and 600 crew.

It arrived well before 8:00 am from Liverpool and left precisely 12 hours later, at 8:00 pm, heading for the Canary Islands. 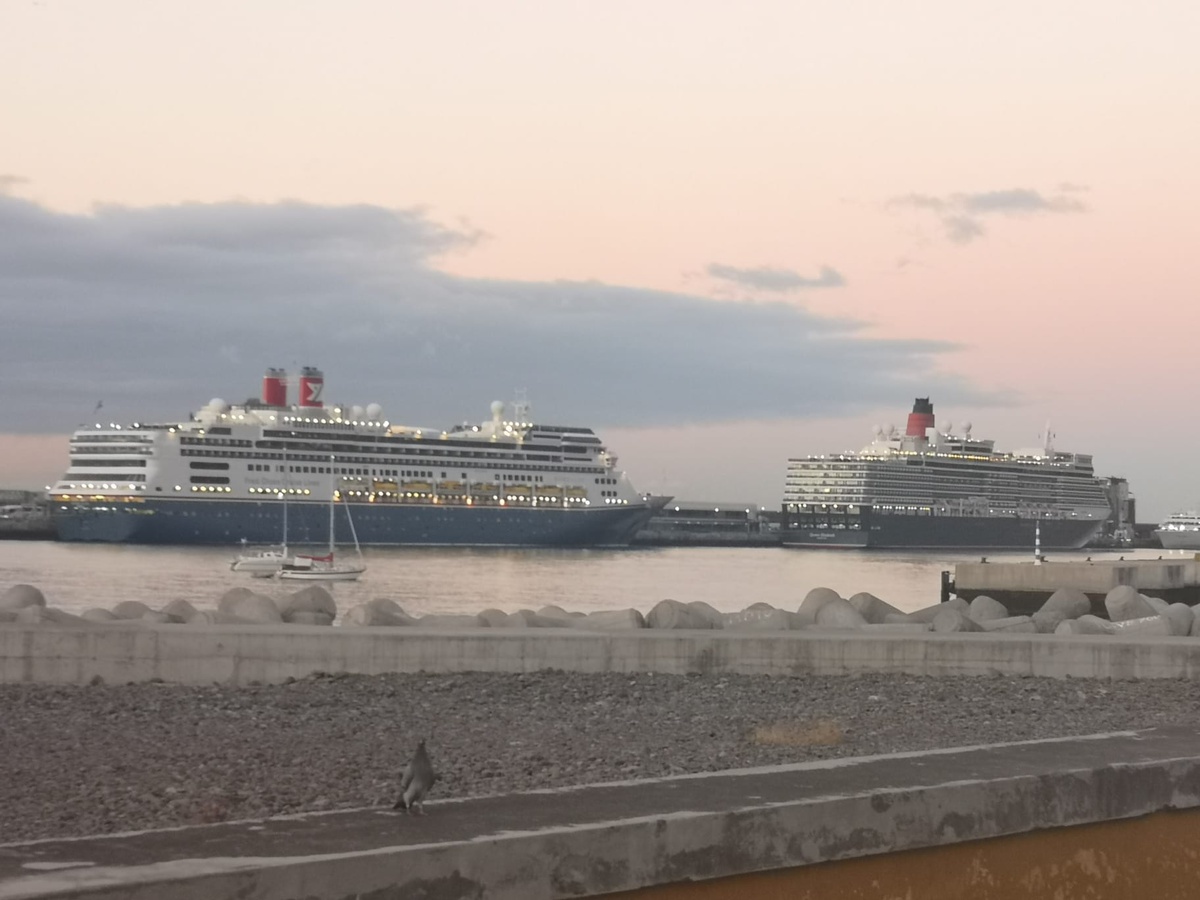 Cruise Ships on the way for the biggest party of the year.