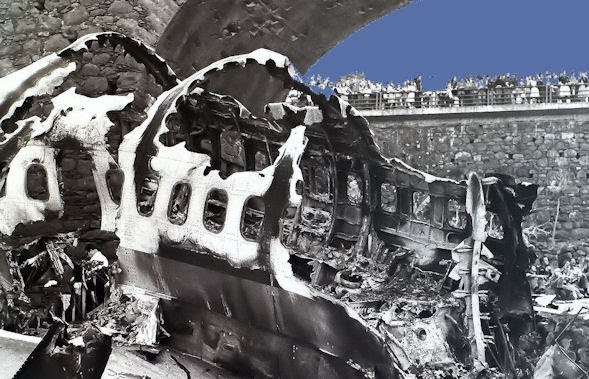 Tobi Hughes·25th January 2014
News Blog
I have had some information translated about the TAP plane crash in 1977
November 19th, 1977 at 21:48 pm, the flight TP425 , from Brussels with 156 passengers and 8 crew members on board, operated by Boeing 727-200 ” Sacadura ” ( registration CS – TBR ) with capacity for 189 passengers , tried to land on the runway of Santa Catarina Airport in heavy rain for the third time that day .Due to adverse weather conditions and two failed attempts to land, the commander João Costa now had its last chance, otherwise the flight had to divert to the airport of Las Palmas de Gran Canaria .This last opportunity proved costly, as the plane landed well beyond the normal on this short airport runway, slid through the water which had accumulated due to heavy rain went off the road and fell on top of a bridge, a few meters below. Upon impact the plane broke in two, having been a party to the bridge and the other part, which was consumed by flames, a little further down the beach.This accident killed 6 of the 8 crew members and 125 of the total of 156 passengers were aboard . The next day the tail was painted, thus obscuring the logo of the company to prevent the accident that resulted in a bad image of the company.After this accident, the one with fatalities of TAP, the runway has been increased twice and currently has 2781 meters long, some of them achieved through pillars built on the sea, whose author is a project engineer António Tavares Segadães awarded worldwide thanks to this work of great skill , who has reviewed and adapted a project engineer Edgar Cardoso , drafted in 1980 , during the first expansion of the runway to 1600 meters in length.
More information can be found here. 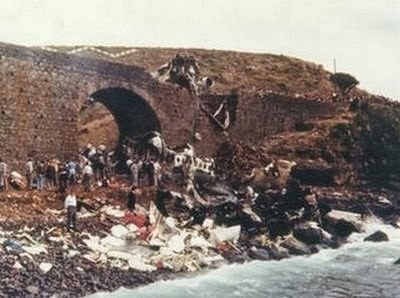