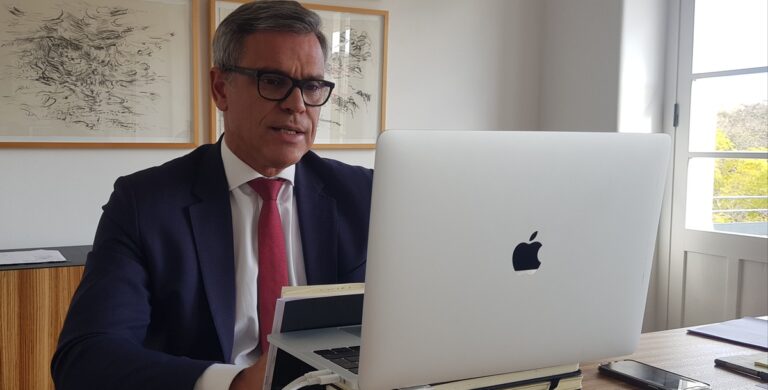 Madeira managed to register more Passengers in August during a pandemic, than any other year without one.

Madeira was chosen for the second consecutive time as a Favorite Destination by the Portuguese Association of Travel and Tourism Agencies. The presentation took place this Friday, through a webinar in which Eduardo Jesus emphasized the importance of the national market during the pandemic year.

The regional secretary for Tourism and Culture stated that, even in the middle of the pandemic, in August, we managed to register more passengers disembarked in the national market in Madeira, than in any other year without the pandemic. Eduardo Jesus also highlighted the relationship of trust with APAVT, which has already held its congress five times in Madeira.

The official affirms that, in 2016, when the Region only grew in all markets except the national one, it registered an 18% growth when the partnership with APAVT. In 2020 a connection to Porto Santo was also achieved throughout the summer.

Eduardo Jesus made a point of thanking journalists for the way they have been reporting events in the tourism sector and for the positive message that has been passed on. “As a general rule, only bad news makes news. The covers are only sold with unpleasant things, but Tourism has taught a great lesson: it has given content over the course of a year that was difficult for all of us, ”said Eduardo Jesus.

In a message to tour operators, he highlighted the non-conformity that has been noticed and that motivates us to believe that the end is closer. “There is no support that can replace your work and, despite the efforts that have been made by both the Government of the Republic and the Regional Government to minimize all the damage that has been caused to the companies in which they work, the truth is that everyone we are aware that the best thing is to have work and not depend on support ”, he stressed

Eduardo Jesus indicates that Madeira preferred to view the pandemic as an opportunity, rather than a threat. “We don’t withdraw. On the contrary. We have further strengthened investment in tourism. The Madeira Promotion Association has a budget of 15.3 million euros to promote Madeira ”, which represents 2 million more than last year.

In addition, he referred to an investment in positioning in terms of destination security. The Good Practices manual, developed in collaboration with the entire sector, was one of the first steps. To this was added the whole pandemic control policy, such as the testing operation at Madeira Airport, “which has given us a lot of credibility”. More recently, the green corridor was created for those who have already been vaccinated or had contact with covid-19. Finally, the certificate against Biological Risks is being developed, which already brings together several public and private entities.

The webinar also counted on the participation of the president of APAVT and the Secretary of State for Tourism.

Support my Blog-Become a Patron from €2 a month.

Saying Goodbye to 2019 With Mild Weather

The Man Who Hiked The World