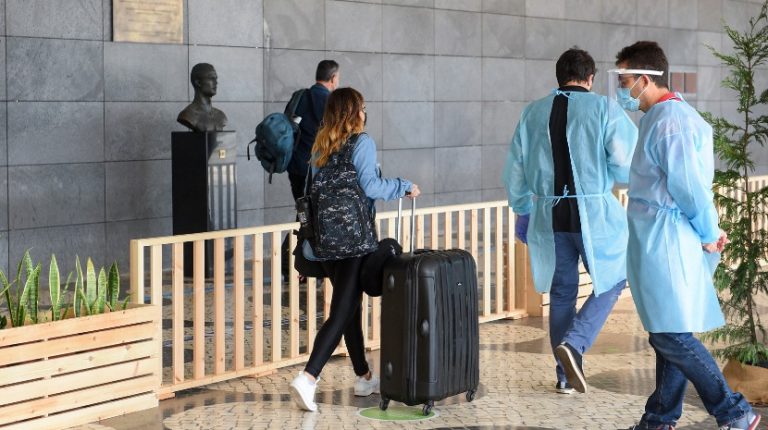 The Azorean authorities reported yesterday that one of the seven positive cases recorded in the last 24 hours in that archipelago comes from a connection from Madeira, having stayed here for three days.

At the time, the same authorities did not add, however, any information that would allow understanding whether the patient contracted the virus in Madeira or had been in other territory before. They only mention that he is “a 38-year-old male individual, resident in the Azores, from a connection with the Autonomous Region of Madeira”.

However, at JM, a source from IASaúde explained that he was a passenger from the Lisbon Region who traveled to Madeira. Upon arrival he tested negative and three days later he traveled to the Azores where he is resident and tested positive. It is known that the health authorities have already started the epidemiological investigation of this case, namely the period of stay in Madeira and any contacts made.

Ships ‘Aida Luna’ and ‘Britannia’ in the Port of Funchal

More than a thousand passengers were left due to the wind

Madeiran artists exhibit at the House of Culture of Santa Cruz