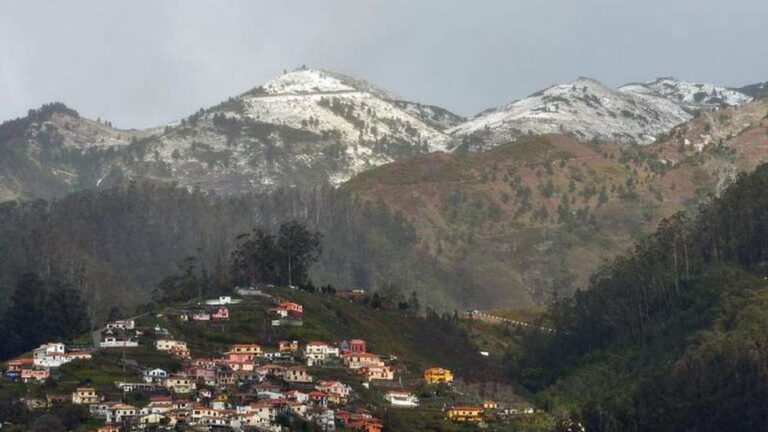 First snow this autumn / winter in Madeira may arrive on Wednesday

A depression brings rain and a very cold air mass, accompanied by a strong wind that will cause maritime unrest.

After the hot weather – maximum temperatures – for the recorded season that has prevailed in the Region since last weekend – extreme maximums varied between 25 and 29 degrees centigrade -, now prepare yourself for rain and cold.

Cold weather that promises to make you shiver to the point that the minimum air temperature can descend, at dawn on Wednesday, to around zero degrees centigrade at the highest points of Madeira Island. As there is a forecast of associated rainfall, the probability of the first snowfall of this autumn / winter in Madeira is significant.

The weather forecast models point to a significant change in the weather for the next few days, in particular from Wednesday the 25th, due to the influence of a depression heading in the direction of the Archipelago of Madeira, and accompanied by very cold air mass. The last IPMA forecast for Madeira, on Wednesday, already highlights the drop in temperature, especially the minimum.

According to IPMA, Wednesday should present itself as “very cloudy sky from the morning” with “rainy periods, changing to showers from the afternoon, which may be snow on the highlands of Madeira Island” .

Madeira on Green Watch List, so will you still book a holiday?