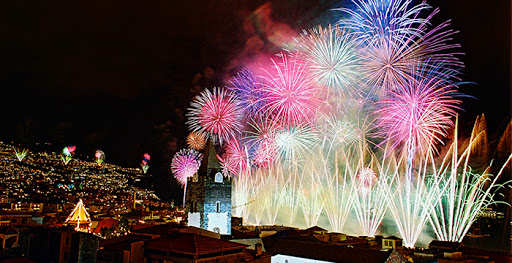 Thanks to Daniel Caires for putting this together.

Summary of the measures announced today, at the press conference given by the President of the Regional Government of Madeira – Miguel Albuquerque.

For a period of 15 days, after decreed in a government council, double testing of all residents and emigrants ( NOT Tourists or Visitors) who disembark in the Region will be determined, leaving them in prophylactic isolation until the second test. The second test is carried out between the 5th and the 7th day after the first. After the 15-day period, the authorities will assess the pandemic situation.

There will be no market nights in any municipality.
(the markets in the Region are allowed to remain open on feast days in their normal hours, and must present the respective contingency plans to the health authorities with all circulation rules).

There will be no circus or amusement parks.

Prohibition of the Tour to the City of Funchal – São Silvestre Race.

Parto and Church Masses will obey the rules currently in force for the celebrations, and socializing in the areas surrounding the temples is expressly prohibited, before or after the celebrations.

The Christmas tents and pavilions, usually installed, either in the Central Board or to be organized in the Municipalities, will not be able to sell alcoholic beverages, having to comply with the guidelines of the Health Authority.

Restaurants may close later in the last days of the year. On December 30th, the restaurants are exceptionally authorized to close at midnight and on the 31st at 1:00 am on January 1, 2020

There will be fireworks but with limited locations. It is advisable that everyone sees them in their home, however, we know that not everyone can do it. Therefore, the Government will present a plan for the delimitation of public spaces that are usually used for the visualization of fireworks, namely arteries, squares and viewpoints in Funchal, guaranteeing social spaces in these spaces.

All measures may be revised as constant epidemiological monitoring is being carried out in the region.

Some responses to journalists:

> Urged by JM to reveal whether the 172 additional flights announced by TAP (news that makes today’s headline JM) will lead to a reinforcement of the testing operation at the airport, Albuquerque guaranteed that “everything is set up”.
“We have the capacity assembled. We have 25 test stations, we have our exceptional staff from Tourism, Health, Security, who have done a worthwhile job at the airport and will continue to do so. We have everything set up to increase the number of tourists and visitors ”

> The epidemiological situation in Madeira “is in no way comparable to what the country is experiencing”, said the President of the Regional Government in this morning’s videoconference.
In this sense, Miguel Albuquerque reiterates that Madeira must avoid compulsory confinement, thus keeping the economy functioning and the population to live comfortably, following all the indications of the health authorities.
“There is no reason to enact confinement” or limitations on movement between municipalities, said the Executive leader.

> “Food and drink stalls and pavilions will only be able to sell their products in the take-away mode”. These spaces will also have to present a contingency plan that safeguards respect for sanitary rules.

> Madeira expects to receive around 200 thousand vaccines, according to Miguel Albuquerque. The government official announced that there is already a group set up to trigger the entire procedure for receiving and distributing the vaccine. “Total immunity is achieved between 70 and 80 percent of the vaccination, that’s why we asked for 200 thousand, but if there is a need for more, we will not hesitate to ask,” said Miguel Albuquerque, who again appealed to the population: ” The next 15 days will be crucial and we cannot facilitate to avoid cases of active community transmission ”, appealed the chief executive who recalls that“ it is in the family and at work that the local transmissions originated. ”

> «Maintaining the firework display is an option that we assume and is a tradition. The Regional Government calls on the population to watch the fire at home and, for those who cannot, there is a plan already defined for the main streets, squares and viewpoints in order to guarantee social distance in these places. »

> The President of the Regional Government was speaking during a videoconference held this early Wednesday afternoon, where he took the opportunity to emphasize that the festival in Madeira is a tradition deeply rooted in our culture, but which, due to its particular characteristics, «entails, in the current context, serious risks to the public health of Madeirenses and Porto Santenses ».
“I have no doubt in saying that, if citizens and families neglect the risk, in the usual Christmas and New Year’s gatherings, we will face a serious public health crisis in Madeira, with the pandemic situation out of control”.
> The government official recalls that the Government does not have, nor can it have, a supervisor or an authority officer in each corner ”, a link that, at the time that is approaching,“ the best way to prevent serious damages to the health of all is to appeal to the civic responsibility of each one of us ».

> In conclusion, he said: “I am sure that everyone will understand that this Festival will be different, but as far as possible, all Madeirans and Porto Santenses will be able to celebrate it with due care and precautions”.