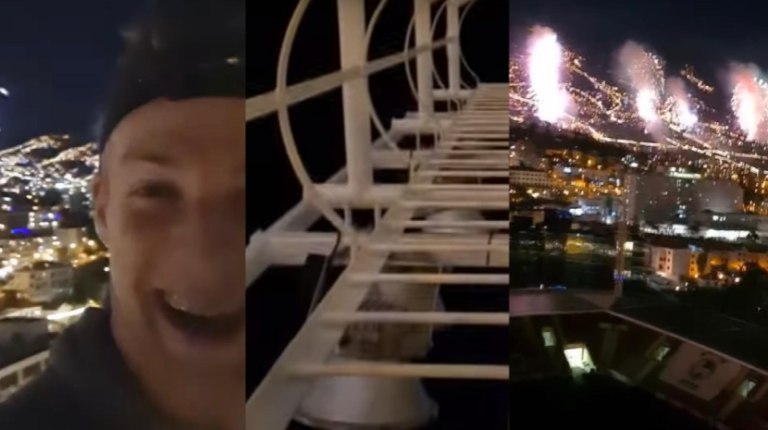 Youtuber and instagrammer Blaise Bowly released today on his channel what was one of the greatest adventures of his life: he went up to the top of the lights of the Maritime Stadium to watch the fireworks display of the New Year in Madeira.

“This was the best idea ever. This is the best thing I’ve ever done,” he said, surprised by the pyrotechnic spectacle seen from a peculiar and also risky place.

The day before the last day of the year and with no plans for December 31, Blaise Bowly was cycling through the city of Funchal when he arrived in Barreiros. “I always had a passion for climbing things, so the big spotlight mesmerized me. I managed to sneak in and decided that I could come back later, another night, to climb it. The next day, I realized. I can watch the fireworks show of the year new at the top “, says in the video released today.

Captured ‘prehistoric’ shark that also lives in the waters of Madeira