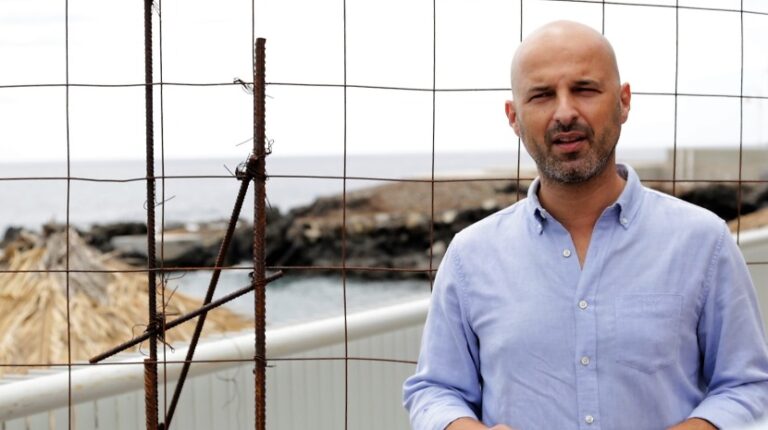 Brício Araújo criticizes the “lack of sensitivity, attention, sense of opportunity and strategy” of the current Santa Cruz City Council, which “has spent eight years promising millions of works for the Reis Magos and only now, already in an electoral context, and in the middle of the bathing season, she began a cosmetic work, which took space from bathers”.

The candidate of the coalition “Fulfill Santa Cruz” reinforces that Reis Magos and Caniço have been “the face of incompetence and lack of vision and investment” of this JPP Chamber. “They had eight years to intervene in that area. Still in 2020, we had the period of confinement, in which the hotels closed, the movement of tourists was nil or very low, but on the other hand, civil construction companies, by virtue of Resolution No. 149/2020, of 30 March, they only stopped for 14 days, having maintained all their activity, through the implementation of preventive measures against the dissemination of COVID-19. And even so, the City Council of Santa Cruz did nothing during that period”, said Brício Araújo.

“They waited until the month of July and August 2021, in the middle of the bathing season and tourist recovery, to launch a project that does not even have the dimension that the space deserves and that has serious errors, such as an iron balcony by the sea and the deficient foundations, which predict the worst, in case of strong maritime agitation. Furthermore, the abusive use of concrete, with the geological destruction of the last rocky outcrops of the beautiful bay of Reis Magos, is almost criminal and a clear sign of a lack of environmental and landscape sensitivity on the part of the current municipal administration”, concluded the candidate .

Brício Araújo also criticizes the way in which the JPP treats citizens and businessmen, stating that “it did not listen to them and thus harmed the hotel units, which were faced with last-minute cancellations by tourists unhappy with the work”.

The candidate for the “Fulfill Santa Cruz” coalition concludes, making a commitment: “With me, Caniço will be valued, it will have other attention and consideration. Our natural heritage will be taken care of and people will live better, we will have more and better leisure spaces and the seafront will always be a priority, through planning and a concerted strategy, not just on the eve of elections”.

Totally agree with this, and the fact they started the work closing on a huge section of the promenade, just as the two seafront hotels down there reopened. I can’t imagine the complaints they had from people staying there.

Let’s see what the finished product looks like, but as stated, it’s all been chucked together and I don’t expect anything other than a complete mess from this Câmara of Santa Cruz. Let’s see how long it takes for the rust to start showing on the railings.

Madeira Household Management – The Right Property Rental For You.

Book your flights for Christmas

Playful fishing remains prohibited, clarifies the Secretary of the Sea