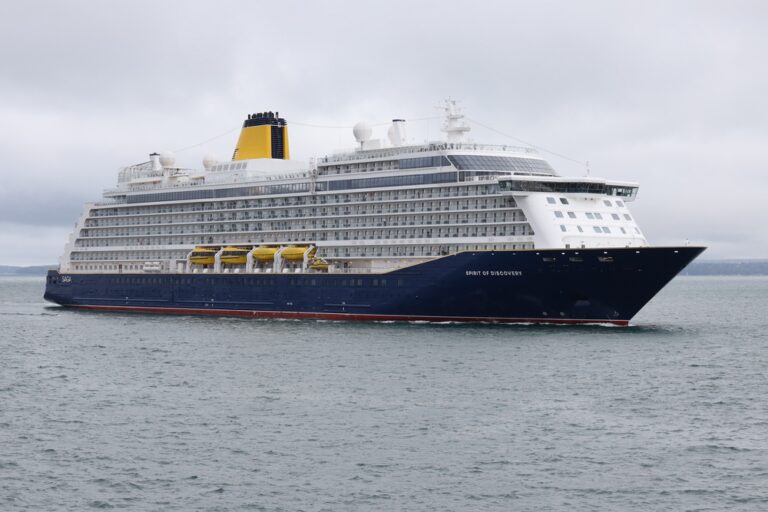 The Lisbon Maritime Search and Rescue Coordination Center (MRCC Lisbon) coordinated yesterday “a medical rescue of a passenger who was on board the cruise ship ‘Spirit of Discovery’ (arriving today in Funchal), which was sailing 290 miles (537 kilometers) northeast of the island of Madeira and whose clinical picture indicated a myocardial infarction,” he reported last night.

The Navy’s statement says that “after receiving the alert at around 12:00 am, the MRCC Lisboa contacted CODU-mar, which, with the clinical picture presented by the 81-year-old passenger, identified the need for rescue as extremely urgent”.

Thus, “in collaboration with the Coordinating Center for Search and Rescue of Lisbon (RCC Lisbon) of the Air Force and the Air Detachment of Porto Santo, a helicopter (EH-101) and a fixed-wing aircraft (C-295) were committed. of the same detachment,” he said.

And concludes that “the passenger, of British nationality, was safely rescued by the EH-101 during the afternoon, having been transported to Funchal airport, where an ambulance from Santa Cruz firefighters was waiting for the patient, directing him to the Dr. Nélio Mendonça Hospital.”

Rain, colder and wind up to 85 km/h in the mountains

TRAGEDY: RECONSTITUTION OF THE FALL OF THE TREE IN MONTE HAS BEGUN