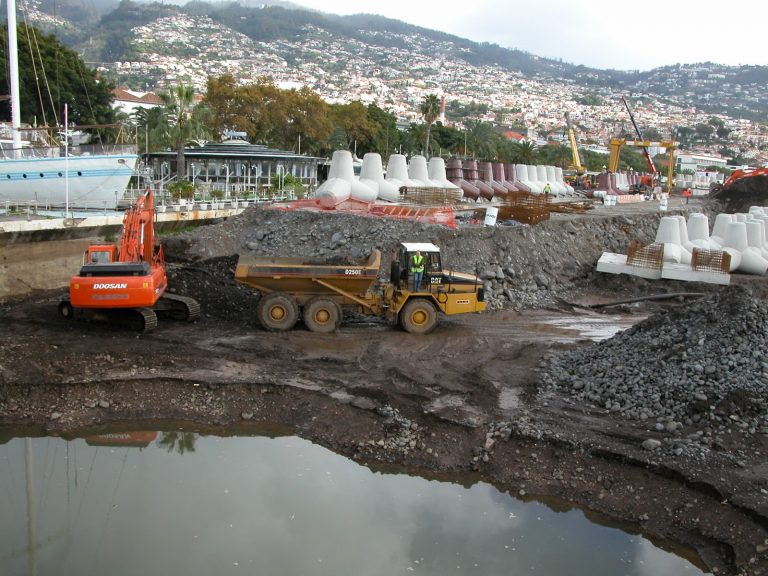 Tobi Hughes·10th January 2013
News Blog
The building works on the front of Funchal which started in September last year with the joining of the two rivers Santa Luzia and João Gomes, and which will continue for the next 2 years with the redevelopment of the landfill from the storm of February 2010 seems to be progressing well.
I have a photo album with photos of the work being carried out and will update this album on a regular basis.
The 18,000,000 euro contract which was awarded a couple of weeks ago to Somague and Etermar (a joint partnership I think) was due to start in the first quarter of 2013, and it looks as if it is well under way. Tonight on the news this evening they are saying the Beatles yacht The Vagrant will need to be moved, which is good news for many I would think, its need to go for a long time as it was often in stagnant water and never really looked appealing for visitors.
The area is in much need of improvement, and it was decided to use the landfill there instead of trying to move it all at a huge cost, the new pier will make space for more cruise ships and other smaller boats and yachts.
You can see photos on the link below, and I will keep this album updated as time goes on.
Photo Album