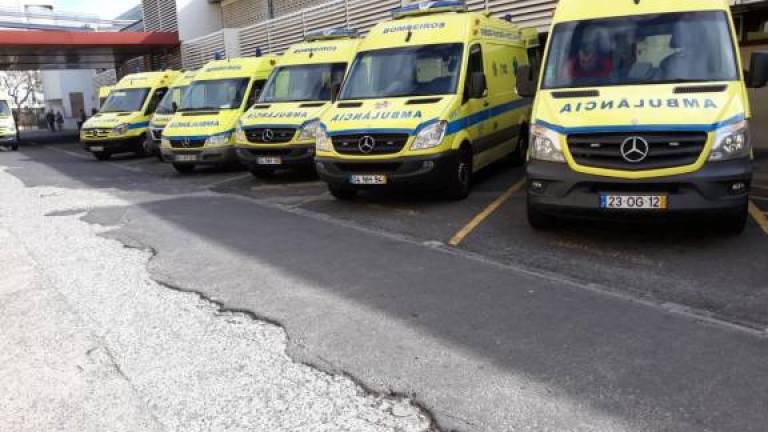 Several emergency ambulances were once again detained at Hospital Dr. Nélio Mendonça for alleged lack of stretchers in the Emergency Department. The situation reported to the Diario Noticias this morning by a fire brigade source shows that the same constraint had already caused disturbances in the pre-hospital emergency services.

“There are no stretchers in the hospital. Ambulance stretchers are already on the floors with the sick, ”reported at the last minute a fire brigade member who had been waiting for more than half an hour to return the stretcher with a patient transported to the emergency room. Procedure that “under normal conditions takes five minutes, ten at the most”, he assured. The same source guarantees that “yesterday (Monday) had happened the same”, referring to waiting time for the release of the stretcher above normal.

Outside the Urgencies, even though the car park for ambulances was not full, this does not mean that there are no delays in the procedures for delivering patients transported by ambulance to the emergency department. The difficulty that is not new, occurring whenever there is a lack of stretchers available to welcome patients, confirmed a source from another area, that also performed pre-hospital emergency services during the morning of this Tuesday and waited “longer than it is normal ”, for returning the stretcher to be able to return to the barracks.