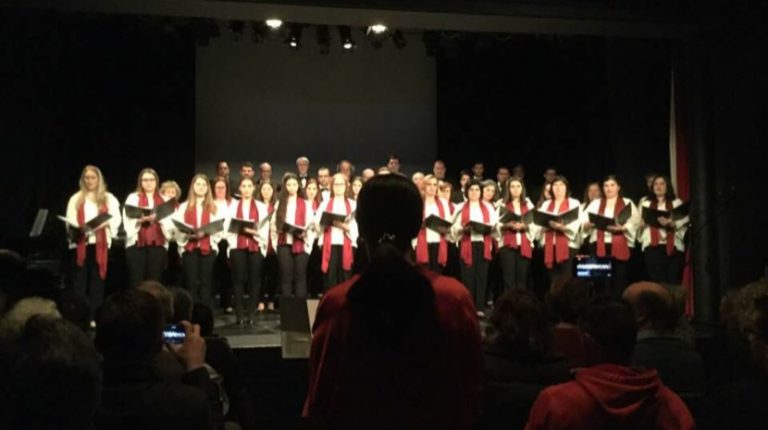 The Madeira Chamber Choir was applauded, standing up, and after four encores, this Saturday night, at the Arts Center in Bridgwater, located in the southwest of England and where the Madeiran formation has been touring since last March 6th.

Speaking to JM, José Júlio, the person in charge of the choral group, confessed that that show “surpassed all expectations”, whether due to the public’s adhesion or the organization of the same, highlighting the moment when a promotional video of the destination Madeira was projected. for the approximately 300 people who were in Bridgwater’s emblematic concert hall.

For this concert, the Madeiran formation took an international repertoire and, in the ‘encores’ requested by the audience (mostly English), interpreted regional themes such as the popular “Bate o pé” and “Senhora do Mar”, the song that Vânia Fernandes took to the Song Festival in 2008.

It should be noted that the Madeira Chamber Choir tour ends next Tuesday, with the return to the Region scheduled for that day.

In the plans of the choral group there is another way out next July, this time to the Portuguese continent.

In October there will be another edition of the Madeira Choir Festival.

Nuclear ship away from Madeira headed for the Selvagens

Nice view of Pico do Areeiro this morning