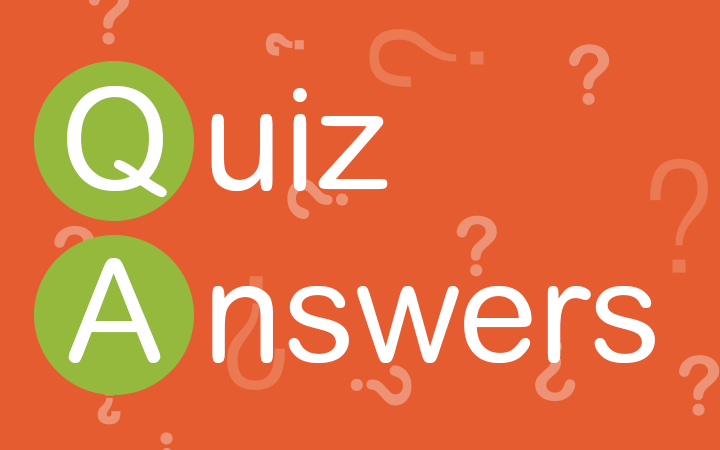 Quiz Answers – How well did you do?

Tobi Hughes·28th April 2020
News Blog
Morning all. Hope you are all still hanging in there. We should have some news over the next few days, as to what we can do next week here in Madeira as the state of emergency is finally coming to an end, and also the restrictions.
Hope you all enjoyed the quiz, let me know how well you did in the comments below.
1. What does Madeira mean in English?
– Wood
2. Madeira is twinned with which British island?
– Jersey
3. To the nearest 10 thousand people, what is the population of Madeira?
– 270,000
4. Which country has the most immigrants living in Madeira?
– Venezuela
5. What is the 3-digit international dialling code for Madeira?
+351
6. You jump on the number 139 bus at Funchal bus terminal and ride it to the end. Where do you end up?
– Porto Moniz
7. What is the three letter airport code for Porto Santo?
– PXO
8. What is the name of the local round flatbread made using sweet potato and flour?
– Bolo do Caco
9. Which international award-winning beer is produced by the Madeira Brewery?
– Coral
10. What is the highest temperature ever recorded in Madeira?
– 38.5 C (101.3 F)
11. Which four colours appear on the Madeiran flag?
– Blue, Yellow, Red and White
12. Which organisation has awarded Madeira the world’s leading island destination five years running?
– World Travel Awards
13. What date is Madeira Day celebrated each year?
– 1st July
14. With over 345,000 visitors a year, which attraction is accessed via Caminho do Meio?
– Botanical Gardens
15. With a name translating as ‘The Golden Cock’ which Madeiran restaurant has 2 Michelin stars?
– Il Gallo d’Oro
16. What are there 25 of along the Levada walk PR6?

17. Where is this sea pool in Madeira?  Albatroz Beach & Yacht Club Hotel (Albatroz Hotel)
Take a look at it here. https://www.booking.com/hotel/pt/estalagem-albatroz.en-gb.html 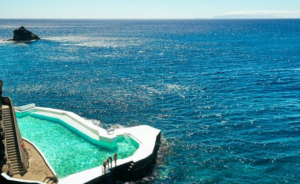 18. In which popular garden was this photo taken?  Palheiro Gardens – Jardines Palheiro 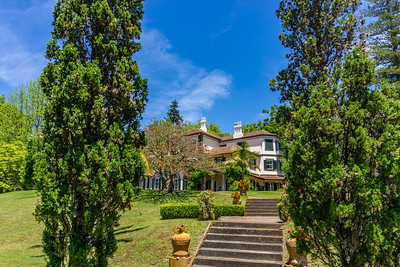 19. Do you know the name of this waterfall?  Garganta Funda or Deep Throat in English.
I did a blog post here. https://www.madeiraislandnews.com/2017/04/a-beautiful-sight.html 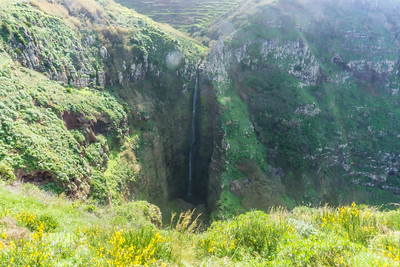 20. Where am I in this Photo?  ViewPoint Eira do Serrado 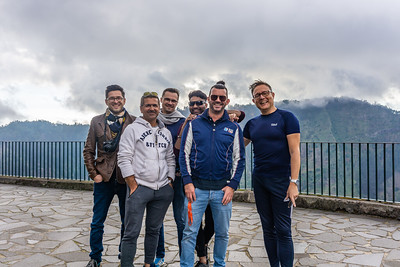 RESTAURANT OWNERS IN SANTANA PARISH DO NOT RESPECT QUARANTINE

Pop on the Rock

Tourists returning to Funchal hotel after the flight has been changed