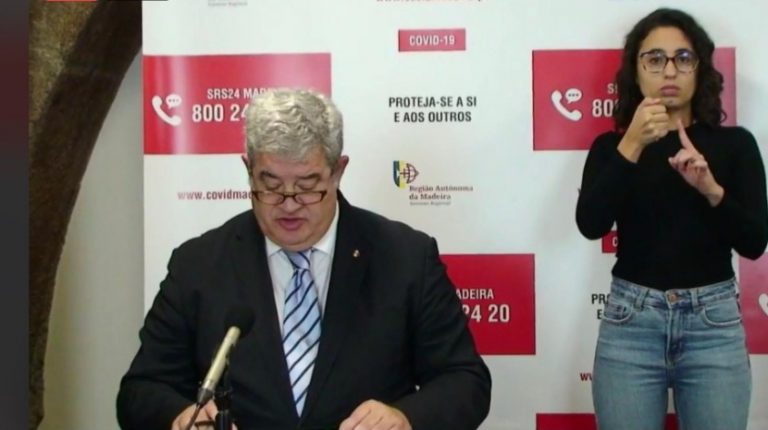 WE WILL HAVE MORE CASES IN MADEIRA, SAYS PEDRO RAMOS

The Secretary of Health and Civil Protection predicts that there will still be more cases in the Region, this after a new positive case has appeared after three consecutive days without the registration of any new cases.

Urged to comment on the three municipalities in Madeira that still do not have cases of Covid-19 (São Vicente, Porto Moniz and Santana), Pedro Ramos says that these municipalities have been followed “with some special attention” in order to determine the reason why there are still no cases in them.

Asked about the intention of the Clube Desportivo Nacional to return to training tomorrow, Pedro Ramos said that it is not the time for “hasty measures”

“If the declaration of a state of emergency allows this type of activity, the question I ask is why are the remaining clubs in Portugal not yet doing so?”, Replied the official, not hiding his displeasure at the decision of the club.

In this context, the secretary again appealed “to the conscience of each one”.

Pedro Ramos also believes that there is likely to be an extension of the state of emergency.

The distribution of 100 thousand masks will be carried out in the Region “at the end of this week”, according to Pedro Ramos.

The rest will be delivered the following week.

“We will pay attention to priority groups”, explains the government official.

Senhor do Milagres in Machico 8th and 9th October