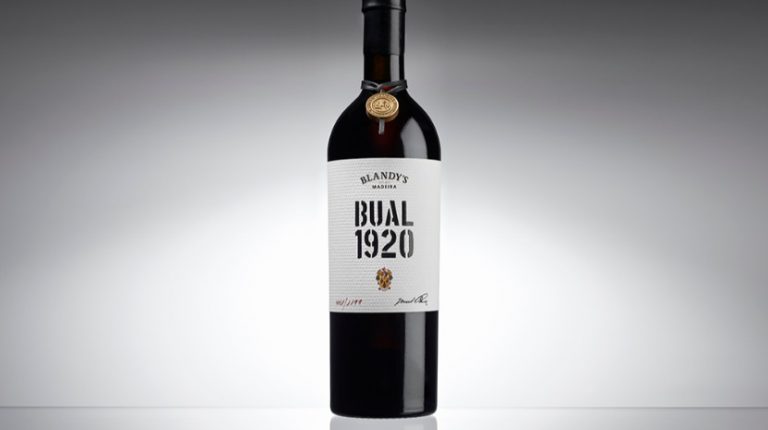 Blandy’s has just launched ‘Heritage Wine Collection’, a collection that presents Blandy’s past generations and their legacy, as the last of the families associated with the genesis of Madeira wines. The first chapter of this series is a 1920’s Bual, a unique wine with more than a century and a historic milestone for the company, whose design and production are the sole responsibility of Omdesign.

Blandy’s Bual 1920 is the brand’s first wine with 100 years of aging. John Ernest Blandy, who at the time led the company, is the first family member honored under the seal created by this collection of special wines from Blandy’s, which have an exclusive image, reflecting the uniqueness of these editions. Each launch will honor the family member who, at each time, led the company, and also praises life on the island of Madeira during that period and the culture and traditions of the place that gives rise to these true nectars.

Because it was produced in times of great adversity, Blandy’s Bual 1920 is a true tribute to the men and women who worked at the time on the island and is considered one of the most emblematic wines in the family. Presented to the market in just 1,199 individually numbered bottles, for a total of 900 liters, Blandy’s Bual 1920 has a walnut case and a fabric-lined front in earth tones, which elevates the uniqueness of this edition. The label, which was carefully molded with its own texture created in low relief with the cross of the family’s coat of arms, is manually numbered. The selected materials and finishes, together with the signature of John Ernest Blandy, attest to the brand’s notoriety and the exclusive character of this which is the first “Heritage Wine Collection” launch.booklet , which depicts the entire history and essence of this wine.

The brand’s history is also highlighted by the medal that embraces the bottle, through a leather thread, whose design was surgically adapted by the agency of Leça da Palmeira. Made of brass, with high relief on the front and back, this medal refers to the old Blandy coin, with different values ​​in “réis”, used during the 19th century to replace low value coins, whose circulation was reduced.

With eyes set on generations to come, Blandy’s will keep the remaining 840 liters of this unique nectar on stage, as a way to continue to preserve and promote its history, with past, present and future based on the good work and knowing how to hope that characterize the company since 1811.

Motorists are back on the road in Madeira

Yet another tourist falls