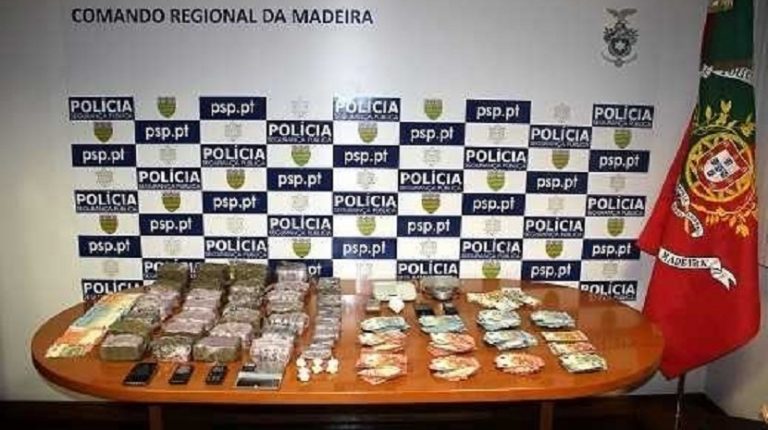 The Public Security Police (PSP) detained five men in Madeira in an operation to combat drug trafficking, including a member of the Regional Command, who was constituted accused of possession of a prohibited weapon, was released today.

“The Regional Command of PSP Madeira announces that, in the context of a criminal investigation related to drug trafficking, it carried out yesterday [September 23] a police operation, involving policemen from different subunits and areas, to comply with several search warrants. (home, non-home and vehicles) issued by the judicial authority ”, can be read in the press release.

Three natural men and residents in Madeira were arrested “for possession and drug trafficking”, who are being present today to the criminal investigating judge for possible application of coercive measures.

The police add that two other men were detained for “possession of a prohibited weapon, who, by decision of the Public Ministry, were constituted defendants and subject to a term of identity and residence”.

“One of these detainees is part of the PSP Regional Command staff, and the administrative and disciplinary measures hierarchically applicable and appropriate to the circumstances were immediately adopted”, is mentioned in the note.

It is recalled that in this operation 33,914 individual doses of hashish and 590 of cocaine were seized, in addition to 2.61 grams of marijuana.

Also included in the list of seizures are 4.06 grams of another psychoactive substance, 20 boxes of anabolic substances, about 34,000 euros in cash, four-light vehicles with high capacity, two motorcycles, an ATV, 10 prohibited weapons, “among others related objects and used for the practice of this type of crimes ”.

The Regional Command of Madeira reiterates “its commitment to fighting all forms of crime and making the perpetrators responsible, regardless of their condition”.

PSP TAKES CONTROL OF CURFEW IN THE REGION

USED CAR MARKET RETURNS TO PRAÇA DO POVO NEXT WEEK