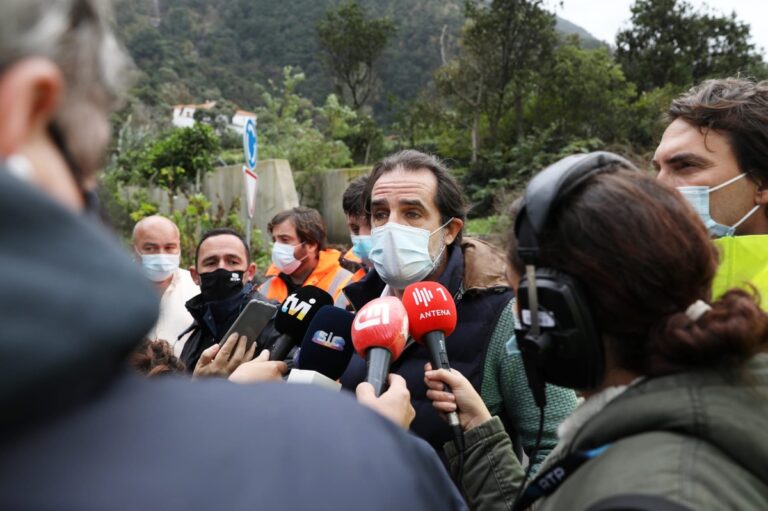 The President of the Regional Government travelled this Saturday, December 26, to Ponta Delgada to see the recovery works started yesterday, at the end of the day, in that parish of the North of the island, following the heavy rainfall recorded on the day from Christmas.

At the site, Miguel Albuquerque indicated that the work started yesterday. Yesterday aimed at “unblocking roads, consolidating areas at risk of collapse, in order to guarantee the circulation of goods and people in safety, finalizing the survey of damages and channeling supports next week” .

The government leader also said that the cleaning work should be concluded on “Monday or Tuesday”.

It seems clear that the building of the expressways, and cutting off ribeiras, and not channelling them properly is the main cause of this disaster. The same happened a few years ago in Porto da Cruz, and the government were responsible for replacing the roads there, which a year later only a few weeks ago, we saw washed away again.

It makes you wonder how safe all these roads are, and the lack of money spent in the older roads which are the main tourist attractions on the island, which will probably again be lost, like the north roads from São Vicente to Porto Moniz. How long will the new coastal road in Ribeira Brava last.????

Found the man who disappeared five days ago in Monte

One of Madeira’s best beaches