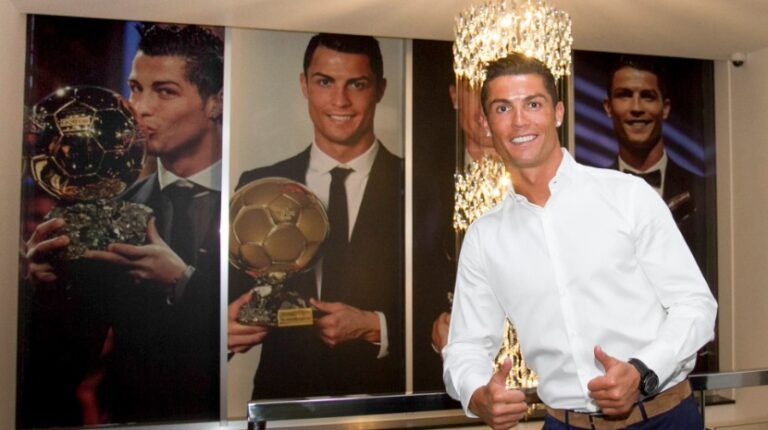 GLOBE SOCCER AWARDS: CRISTIANO RONALDO IS THE PLAYER OF THE CENTURY

Cristiano Ronaldo was elected player of the century at the Globe Soccer Awards, awarded this Sunday in Dubai.

Miguel Albuquerque congratulated Cristiano Ronaldo on yet another award.

“Congratulations Cristiano Ronaldo! Our golden boy was distinguished by the Globe Soccer Awards as the Player of the Century!”, Began by writing the President of the Regional Government on his Facebook page.

In the publication, he also recalls the player’s humble roots and achievements.

“Coming from Quinta Falcão, from a poor family, humble boy, from an island that so many, so many times, want to look down on, Cristiano Ronaldo is the image of the islanders’ claw and firmness. living proof that with work, dedication and commitment everything is possible. This award is another reason for pride for all and all of us. In such a complicated year, positive points are emerging. This is one of them. Madeira is proud and your country should also honor you. Congratulations, Cristiano! “, it can be read.

“THIS DOESN’T HAVE TO BE A CHRISTMAS WITHOUT HAPPY HOLIDAYS”