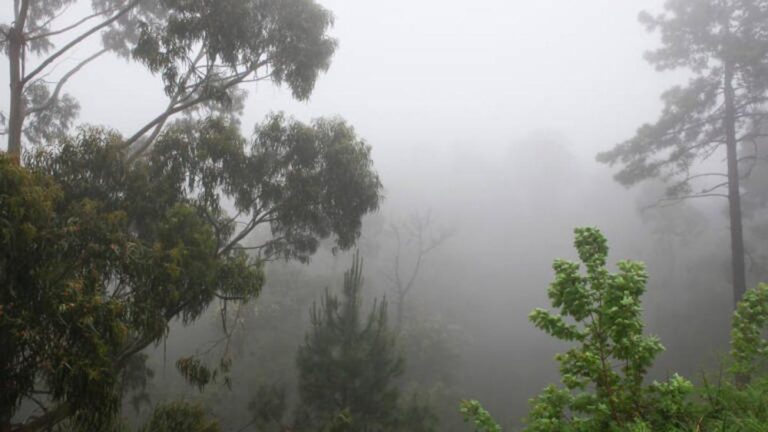 Not even on the 20th of February 2010 did it rain so much in as little time as it did yesterday evening at Areeiro. Fortunately, torrential rain was practically limited to Chão do Areeiro.

The Chão do Areeiro was, at the beginning of last night, buffeted by an authentic flood. The torrential rain recorded in this high point of the island was so much that it will have broken the record of precipitation ever recorded in Madeira in a short time. Fortunately, the extreme risk of precipitation recorded was limited to that area located approximately 1500 meters above sea level, since the nearest IPMA meteorological stations, such as Pico do Areeiro, Pico Alto, Monte, Santo da Serra and Santana, registered much lower rainfall values.

The precipitous fall of rain that began to fall heavily from the end of the afternoon, has already reached the beginning of the evening of this Monday, around 7 pm, the most significant extreme value when registering in just 10 minutes 19.1 liters per meter square ( mm) – amount very close to reaching orange warning level for the 1 hour interval.

Most likely the record amount of rain ever recorded in RAM in such a short time. Not even on February 20, 2010 did the extreme rainfall reach such a significant value in just 10 minutes, confirmed Victor Prior, IPMA regional delegate in Madeira. “I believe it is a record,” he admitted to the Diario last night.

Throughout yesterday, the precipitation in this climatic automatic station of the IPMA network in RAM corresponded to an accumulation of 137.6 mm. More significant were the extreme values, to the point of reaching the red warning level for the 6-hour interval (> 60 mm) practically in half the time (58.3 mm / 3h). Here are the remaining extreme records of the precipitation that occurred yesterday in Chão do Areeiro: 26.8 mm / 30 minutes; 36.6 mm / 1h; 48.1 mm / 2h; 73.8 mm / 6h.

Tourist rescue at Pico do Areeiro took more than 4 hours