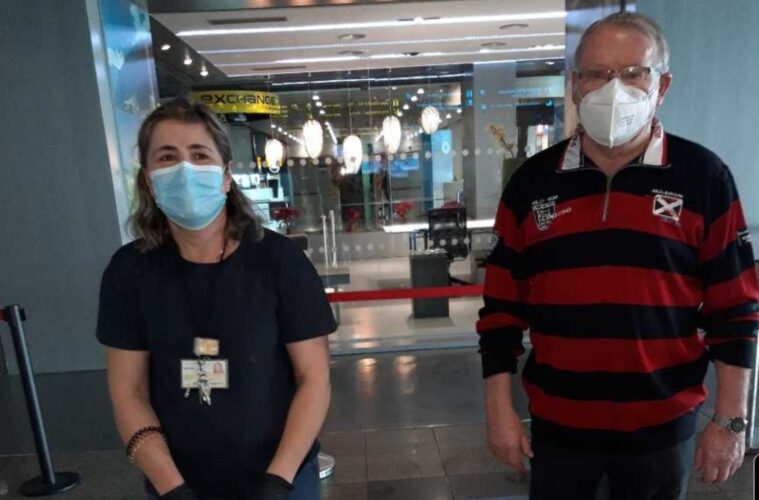 Tobi Hughes20th February 20211796 views
Madeira News16 Comments1796 views 14
Thanks to Bruno Aug who sent me this nice story with photo.
My wife and me, a German couple (77 and 71) from the Palatinate district, where a good wine is grown. We come to Madeira for six or eight weeks a year since six years.
This year we brought our friend Jürgen with us.
We landed in Madeira Airport,were tested, got our suitcases and sat happy in our rented car. Suddenly our friend missed his wallet. Meanwhile we were near Gaula. He thought about where he could have let it.  That was no good beginning of his journey to Madeira. He didn’nt believe he could get it back.
We turned round and drove back to the airport. He believed it was nonsense, but I was full of hope. We asked a friendly policeman in front of the Arrival area, he sent us to “lost and found”. For we didn’t know, where he had lost it, they told us, when it was outside the airport, we must go to the police station there, and they described the way. When we came to the office, they asked: Are you Mr. Jürgen Bentz?, thats our friends name, how much money was inside your wallet? He described and then they took his wallet out of the desk and gave it back to him.
A waitress in the toilet had found it. He couldn’t believe it. I told him THATS MADEIRA.
We asked for her name and the policeman brought us to her. We were full of thanks and gave her a finder’s reward and took this photo with her.
This is what makes Madeira such an adorable Destination.