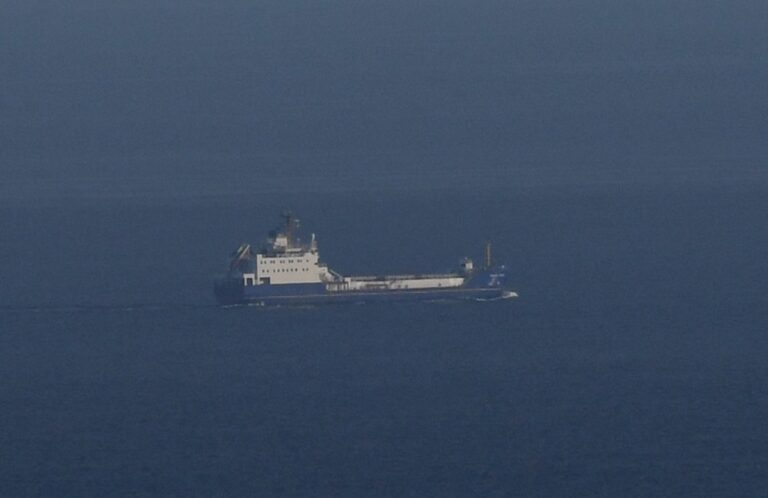 The Portuguese Navy patrol ‘Douro’ intercepted, this afternoon, the nuclear waste transport ship ‘Pacific Heron’, when it was sailing on the south coast of Madeira, in the Santa Cruz area, on a route that it was not authorized to do. The information was advanced to the Diário Notícias by the captain-of-the-sea-and-war Guerreiro Cardoso.

The captain of the port of Funchal admitted that the British freighter made a “strange” route, since it bypassed Porto Santo, passed by the north coast of Madeira and then by the south coast. As he was heading to Ponta de São Lourenço, in an area that he was not allowed to pass, the patrol ‘Douro’ was on his trail and intercepted him, forcing him to change the route, According to Guerreiro Cardoso, the ‘Pacific Heron ‘is now sailing south, towards Desertas and then head to England.

Despite the intervention of the Portuguese military ship, the captain of the port of Funchal guaranteed that there was no security problem. The same official explained that the ‘Pacific Heron’ is used for the transport of nuclear waste, but that, at this moment, according to information transmitted to the Portuguese authorities, it does not carry cargo. The commander of the British ship announced that the current voyage is aimed at carrying out sea trials.

Make Bolo do Caco with Luis