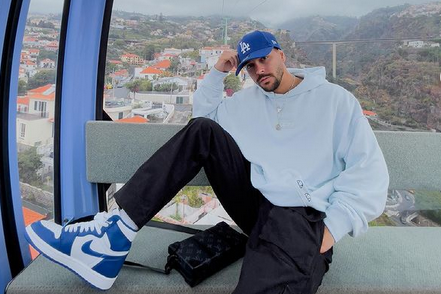 Gon Olivier ( @gonolivier ) arrived in Madeira on Friday 11th June and spent four days exploring the island together with two friends and his girlfriend and photographer, @dudabossy .

On its Instagram page, it is possible to follow the group’s passage through several tourist landmarks in Madeira, such as the Cabo Girão Viewpoint, Porto Moniz Swimming Pools, Botanical Garden, Monte Palace Madeira, Mercado dos Lavradores, Pico do Areeiro.

The group, who stayed at the Saccharum Resort, owned by Savoy Signature, also took the opportunity to taste regional cuisine, such as espetada, poncha and passion fruit pudding.

Although the trip was “very cool”, in an answer in his ‘Stories’ the Portuguese ‘influencer’ revealed that from his recent trips to the Portuguese islands, both “incredible”, he chose the Azores, because they surprised him more for being “more natural and rural”. Making a small criticism of the difficulty of driving in Madeira, he ended the ‘Story’ by saying that he liked Madeira very much and that “it is very worthwhile”.

Almost 25% of the population waiting for an appointment, diagnostic exams and surgeries