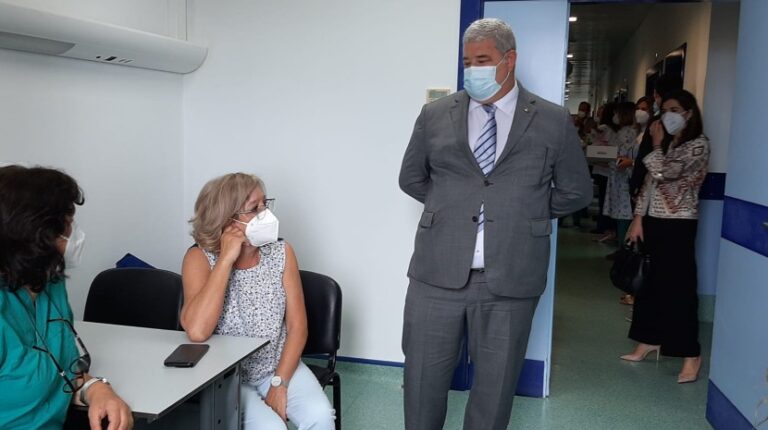 The regional secretary of Health announced that the five thousand doses of vaccines from Johnson & Johnson are arriving in the Region today and are starting to be administered tomorrow to around 1,500 bedridden users identified by SESARAM.

Pedro Ramos, who was speaking during the visit to the new facilities of the Madeira Development Center, also said that the Region wants to vaccinate young people before the beginning of the next school year and that pregnant women after a certain period of pregnancy are already being vaccinated in the Region, by the declaration of the attending physician.

Faced with the amount of people who are currently at Madeira Tecnopolo to be vaccinated, the regional secretary began by expressing his satisfaction that there are no fears in this process, explaining that today the second inoculation of Astrazeneca of teachers and risk groups is taking place. There are users who are going to the vaccination center earlier than the scheduled time.

Nothing landed since the first flight this morning