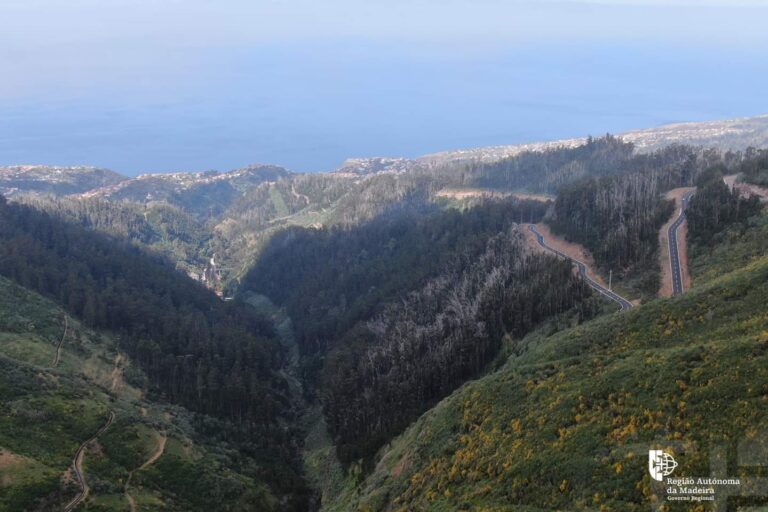 The president of the Regional Government praised the requalification, by the City Council of Calheta, of one of the oldest road accesses to Paul da Serra. Miguel Albuquerque yesterday inaugurated the renewed road.

A road with about five kilometers and which will also allow, as the government official also pointed out, to improve the fight against forest fires in that area, as it was equipped with a water network and also a reservoir with a capacity of 200,000 liters.

Miguel Albuquerque said that this is a very important work, not only for Calheta but also for the Region, recalling that the road was very degraded and that this intervention came to restore it.

This is an excellent alternative in accessing Paul. And it will also serve, in the lower part, several residences. It was a very successful requalification, he said.

There will also be a new restaurant on this route, serving meals, snacks and beverages.

Questioned by journalists, Miguel Albuquerque confirmed that the PCR test will continue to be mandatory for everyone who arrives, by air or sea, in the Region, therefore, for now, the intention of replacing them with antigen tests is ineffective. All due, as he reiterated, to the situation in Lisbon and Vale do Tejo, which “is complicated”.

The president of the Regional Government announced that the resumption of the obligation to carry out the second test for those who arrive in the region, five days after the first one, is still under study. For now, it does not advance, because the number of cases of COVID in the Region are few, but the measure is being considered by the Health Authority.