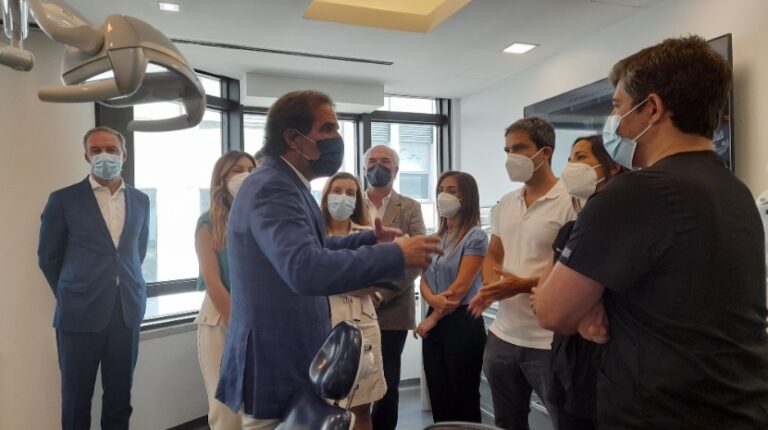 The president of the Regional Government announced today that MadeIra currently has an average visitor population of around 37 thousand people and that the Region has already registered, between July 1, 2020 and July 29, 2021, 609 thousand entries in to Madeira. The first 3 weeks of this July saw 85,000 people arrive.

Numbers that, in Miguel Albuquerque’s opinion, mean that there is a much greater influx of people and that the tourist market is growing exponentially.

In this sense, the government official guaranteed that all preventive measures will be maintained, in order to safeguard public health.

On the sidelines of the visit made at the end of this morning to the MD Klinic clinic, in Funchal, Miguel Albuquerque also said that what is happening in China and Japan is nothing more than a warning to continue to be careful, until we have the immunized population.

Without wanting to point out dates for a change in the sanitary rules in force, the Madeiran chief executive estimates that, if there are any changes, they will happen at the end of September. However, he warned, everything will depend on the vaccination process. The Flower Festival is scheduled for the month of October and the Regional Government expects to have 80% of the population immunized by then.

Regarding Porto Santo, the president of the Regional Government said that the situation is “controlled” despite noting that there are two transmission chains in Porto Santo and that they are “controlled”.

“Right now we don’t have any serious situation in Porto Santo,” guaranteed Albuquerque at this time.

Tourists take coffee with clothes of the Homeless.

GNR seizes more than 50 kg of fish in Calheta