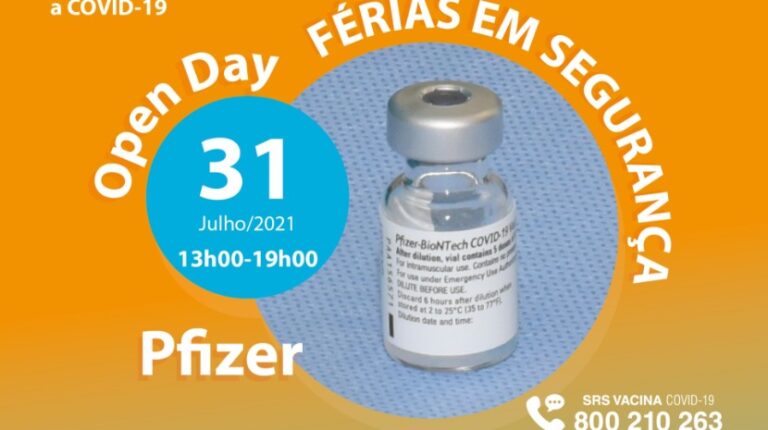 ‘OPEN DAY’ TO VACCINATE CHILDREN BETWEEN 1PM AND 7PM ON SATURDAY

Pedro Ramos hopes there will be adherence to the vaccination of minors, noting that on Saturday there is an ‘open day’ at the Vaccination Center at Madeira Tecnopolo for young people between 12 and 17 years old.

It should be noted that, on the 31st, between 1 pm and 7 pm, young people of these ages can travel to the location, without the need for prior appointment, to be immunized with Pfizer. ‘Holidays in safety’ is the ‘slogan’ used by Health to call minors to this voluntary act, which does not require a declaration of consent by the parents.

The ruler recalled that the vaccination of children. It’s very important. “Contrary to what was initially said, children also get infected, they also transmit, they are also hospitalized and can also die. The death of a child who was not vaccinated has a completely different weight than an adult who refused the vaccine”, he stressed.

The government official, who visited the Associação Protetora dos Pobres in the early afternoon, as part of the Hepatitis C screening campaign, said that there would be an ‘open day’ in Porto Santo in August to ‘call’ Madeirans on vacation in the golden island .

Who’s for a Madeira

One of the warmest starts to the year.