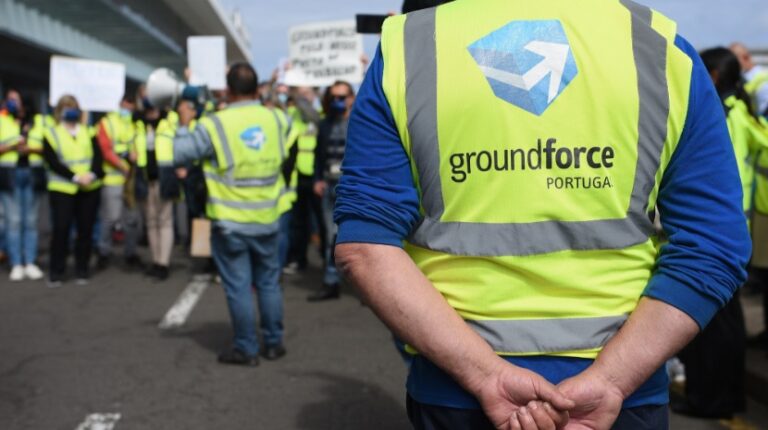 This Saturday, the Regional Government issued a note in which “it regrets the total silence of the Government of the Republic, throughout the day, in relation to the Groundforce strike and the impact it is having on Portuguese airports and also for Madeirans”.

In the note, it is underlined that “Madeiran airports had a much lower participation in the strike than in the rest of the country”, due to the “collaboration of the workers and the regional management of the company, who understood the arguments of the Regional Government and were solidary with the difficult moment that Tourism is going through, ensuring, in general, the service foreseen for this day at the Region’s airports”.

“A demonstration of responsibility and collaboration in the face of the current period that the Regional Government cannot fail to refer to and salute, praising  this different way of acting by those responsible and employees here, compared to what happened in the rest of the country.

However, the statement also refers, two flights were canceled from Lisbon and one from Porto, “in addition to a charter to Porto Santo that stopped taking place, due to the inoperability of those two airports”.

“In addition to these cancellations, there were several flights that arrived late and there were flights, to Porto Santo, that arrived at that destination without the passengers’ luggage”, it can be read. “It should be noted that the dozens of direct flights, without going through Lisbon and Porto, were carried out normally, without delays or cancellations.”

For the Madeiran Government, “what is most surprising is that the Government of the Republic has done little or nothing to minimize the effects of this strike, which has been known for a long time, at a time when tourist recovery is needed as ‘bread for the mouth'”.

“Minimum services were not defined by this Government of the Republic, which is unacceptable”, refers the note. “During a period of vacation, homecoming, resumption of activity, allowing a handling company – which does all the support in terms of suitcases, plane ladders, moving planes on the ground – to go on strike without requiring minimal services is, let’s face it, a very big negligence on the part of the Government of the Republic.”

“In the midst of more than fifty air movements in Madeira, there were only three or four situations of canceled flights, it was extraordinary and this was due to this collaboration at a local level, by the Groundforce teams, which had the support of ANA and the operators “, concludes the statement, praising “those who had a sense of mission and responsibility”.

Again we are the best….

24 vehicles and 63 firefighters in the fight against the flames

“WE WANT FUNCHAL TO BE AN EXAMPLE OF EQUALITY OF INCLUSION AND HUMANISM,” SAYS MIGUEL SILVA GOUVEIA