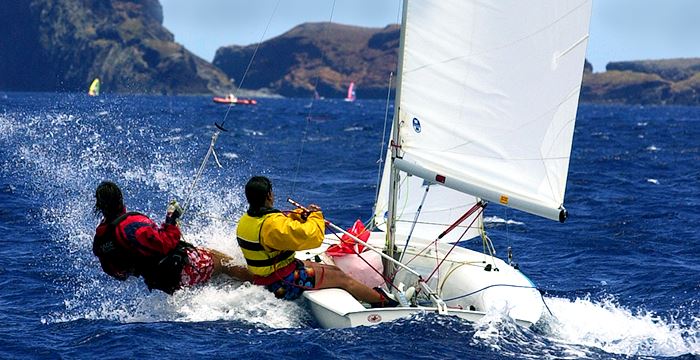 Everything is ready for the start of the 21st edition of the Canary-Madeira regatta, which will feature 16 boats. 7th – 12th September.

The start takes place tomorrow, September 7th, at 11 am, on a route to Funchal of about 262 nautical miles.

According to the organization, the approximate100 sailors spent today in preparations and will be received by the Real Club Nautico de Tenerife during a farewell dinner with all the crews.

This afternoon, the regatta Skippers meeting took place. The moment was used for general and additional clarifications about the race and safety and technical issues made by the president of the Race Committee Don Rafael Bonilla.

The small fleet is competitively divided into two classes: ORC with 10 boats (Group A and B) and Open with 6.

The event is organized by the Clube Naval do Funchal and the Real Club Nautico de Tenerife.

The programme includes recreational activities which aim to promote the island’s natural heritage, from the sea to the mountains, in addition with several hikes in the Laurissilva Forest.

Where am I Wednesday.