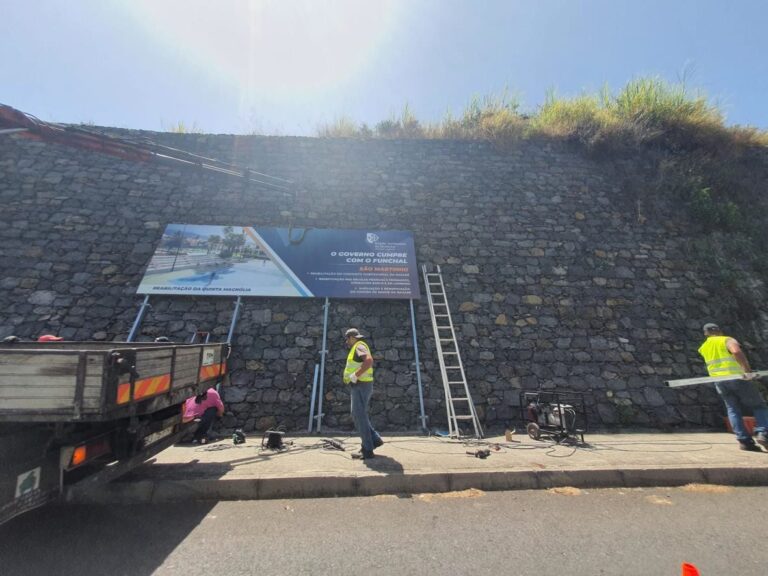 “We’ll have the posters removed.” This is how Miguel Albuquerque, president of the Regional Government, responds to the National Election Commission (CNE), which gave the Madeiran Executive a period of 48 hours to remove specific posters placed in the municipality of Funchal.

As the DIARY revealed this afternoon on the digital platform www.dnoticias.pt, the CNE decided to notify the President of the Regional Government of Madeira to, – “under penalty of committing the crime of disobedience provided for and punished by paragraph b) of n.” 1 of article 348.”, of the Penal Code” – within 48 hours, order the removal of all posters placed with the message “the Government complies with Funchal” and which were the object of a complaint by the representative of the ‘Confiança’ Coalition.

Violante Saramago Matos understands that propaganda is likely to influence the voters’ vote in Funchal and objectively favor the candidacy of the coalition led by Pedro Calado, former vice president of the Government, and harm the others. It understands that the President of the Regional Government did not assume a position of distancing at the stage of political interests and that he does not treat the other candidacies equally, grossly violating the principle of neutrality and impartiality to which he is bound, as well as the principle of Equal Opportunities for Candidates.

Some good news about the two Puppies, but one still needs a home

Madeira with 6 new cases of covid-19