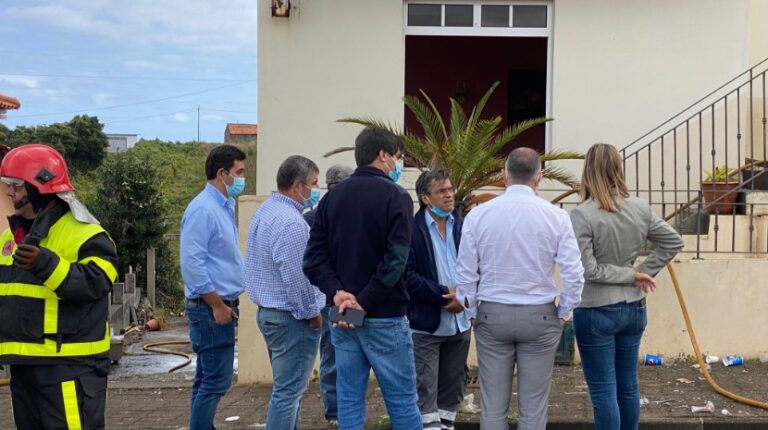 DAMAGE FROM THE EXPLOSION AT THE BRAGADOS RESTAURANT AMOUNTS TO 500 THOUSAND EUROS. “IT’S A SHATTERED DREAM”

The damage caused by the explosion at the Bragados restaurant, in Santana, amounts to 500 thousand euros, says Alfredo Freitas, the owner of the restaurant space.

To journalists, the owner assures that everything was certified and says he has no idea what could have caused the explosion.

Alfredo Freitas reports that the restaurant opened at 8:30 am and that “one of the employees was crossing the road”, about to arrive at the space, to start another day of work when everything happened before his eyes.

At the time of the event, in the same building as the restaurant, where Alfredo Freitas and his family lived, his daughter, son-in-law and grandson were sleeping. According to his account, it was some residents who provided first aid to the three family members. “They managed to get them out of the rubble”, he mentions, adding that his wife and granddaughter, who also lived in that residence, luckily, were not at home at the time of the explosion.

The destruction of Bragados, which had been remodeled about a year and a half ago, represents for Alfredo Freitas a “destroyed dream”. “40 years working, a business since 1994, the restaurant was licensed in 1997 and we had everything to go right”, he lamented.

Remember that the family of six people, including an eighteen-month-old baby, will be supported by the Municipality of Santana and will temporarily stay with relatives.