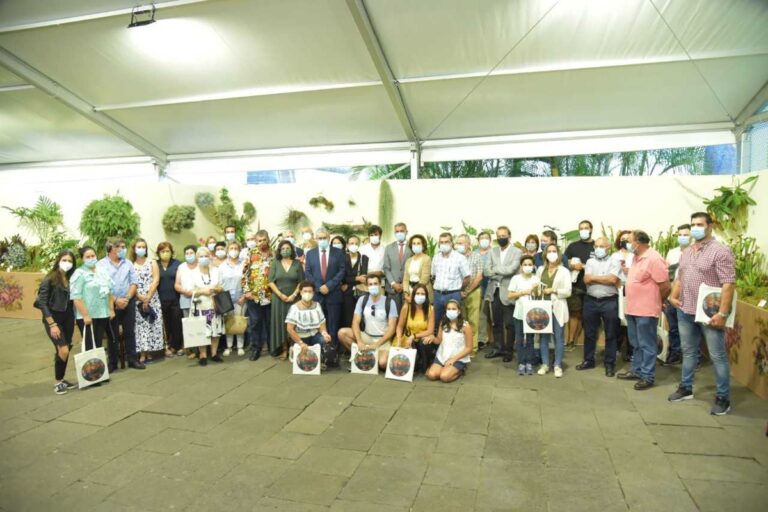 Pavilion of the Flower Festival was visited by 40 thousand people

The Flower Pavilion, installed in Largo do Chafariz, Funchal, has already been visited by around 40 thousand people. The data was provided by Humberto Vasconcelos at the awards ceremony for the 66th Regional Flower Production and Flower Arrangement 2021 Exhibition and Competition .

This installation has 887 displays from 29 exhibitors and today awarded several participants. “99 awards were given, including live plants in pots, cut stems and flower arrangements, in a pavilion that has unique collections, which deserve to be publicized and awarded for everything they represent”, stressed the regional secretary for Agriculture and Rural Development, who he was accompanied by the Regional Secretary for Tourism and Culture.

“It results from the close collaboration between two secretariats, in the enhancement and promotion of a Region. We are showing those who visit us the importance that flowers have for our destiny”, recalled the government official.

Eduardo Jesus also made a point of emphasizing the “great cooperation that exists between the secretariats” and underlined that “the Flower Festival is one of the most important events on the calendar of the Regional Directorate of Tourism, consisting of a set of initiatives that strengthen it year after year”.

“In addition to the allegorical procession of the Flower, we have other important components, such as the Flower Exhibition, which has its origins in the 50s at the Ateneu Comercial do Funchal. For this reason, it is very important to reward those who stand out the most with the production of their flowers”, stressed Eduardo Jesus.