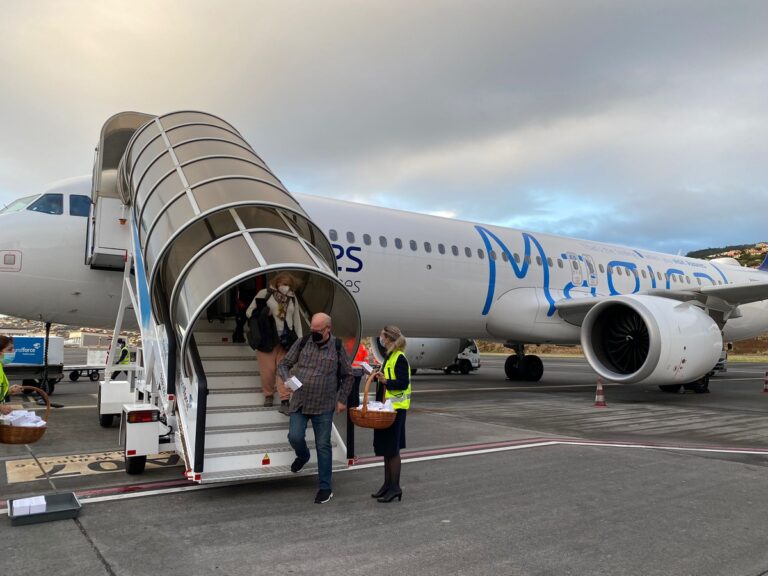 DIRECT FLIGHT FROM NEW YORK HAS ALREADY LANDED IN MADEIRA

It was 21:15 , local time, when the first ever direct flight to Madeira left New York-JFK. Flight S4262 departed the North American city with a slight delay, compared to its scheduled departure time, at 20:50, (01:50 New York) this Tuesday, in Portugal.

The Airbus A321neo LR from Sata Azores Airlines departed with an entirely Portuguese crew, but with mostly North American passengers. With around 100 people on board and a full executive, the first rotation of the new direct flight between Madeira and New York brought tourists to Madeira informed and ready to discover a new destination.

The couple Christopher and Henrica and friends Lesley and Lissie discovered the new operation through a Travelzoo newsletter, which promoted discounts on packages associated with the inaugural flight. “We had been thinking about going to the Azores for some time now, but the newsletter appeared and I thought it was a good option for our holidays”, reveals Henrica, who is visiting Madeira for the first time, although the couple already know Portugal. In Madeira they want to explore the levadas, Funchal, gastronomy and discover Madeira Embroidery. 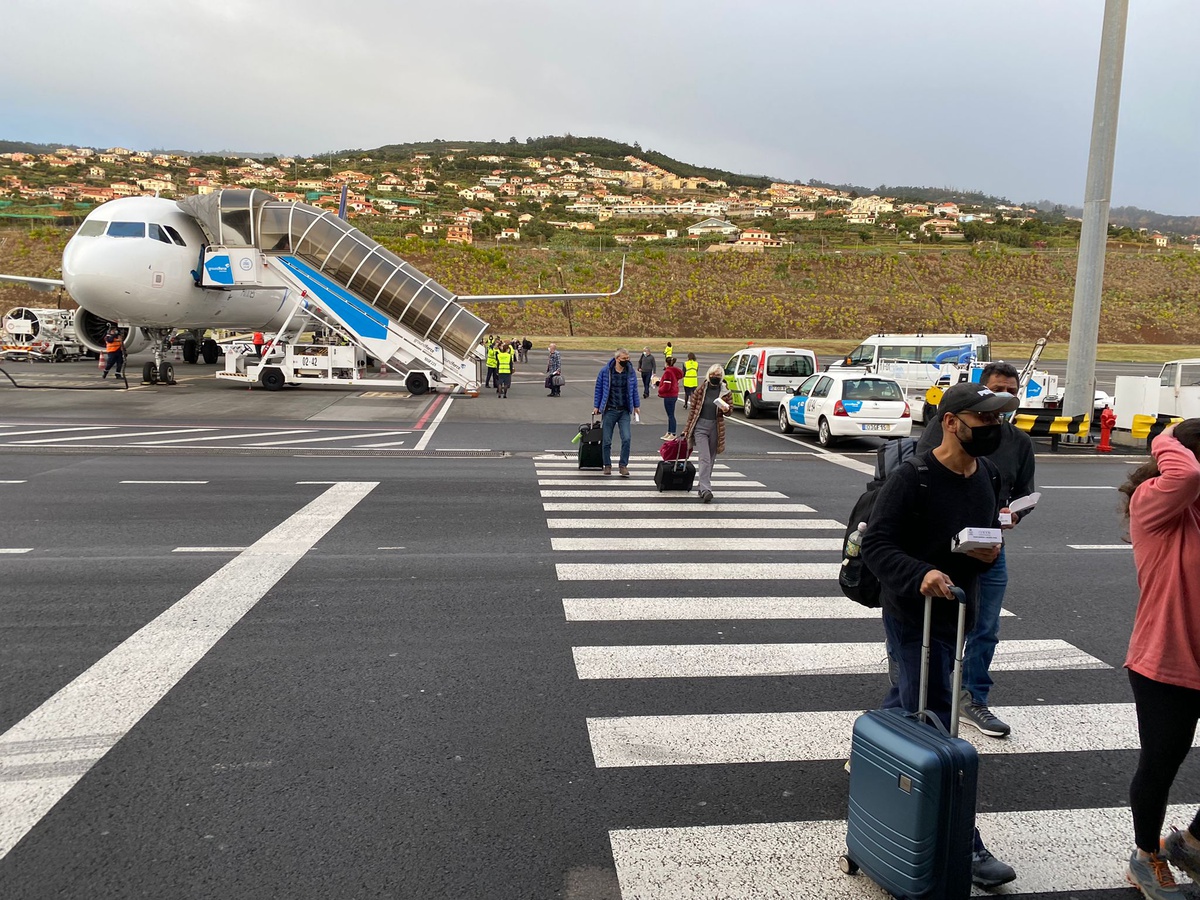 Friends Lesley and Lissie also chose their destination through the Travelzoo Newsletter. “We didn’t even know it was the maiden trip until after we booked it,” says the first. Lissie said that, lately, she had come across several references to the Madeira destination, between advertising and recommendations from people she knew, so when she opened the newsletter she didn’t hesitate. “Then we looked at the photographs and thought, ‘We have to take this trip, because it looks amazing,’” Lesley said. Both are also already familiar with Portugal, but this is their first time in Madeira.

The direct Funchal-New York JFK operation was inaugurated yesterday, November 29, with the last of the 17 rotations of this batch to be made on March 21, 2022. The direct flights of SATA Azores Airlines take place on Mondays and have the duration of six hours. During the summer, the flight is again made through Ponta Delgada, returning to the direct flight, in the winter of next year.

One of the injured has sadly died

13 cases for Madeira this Thursday