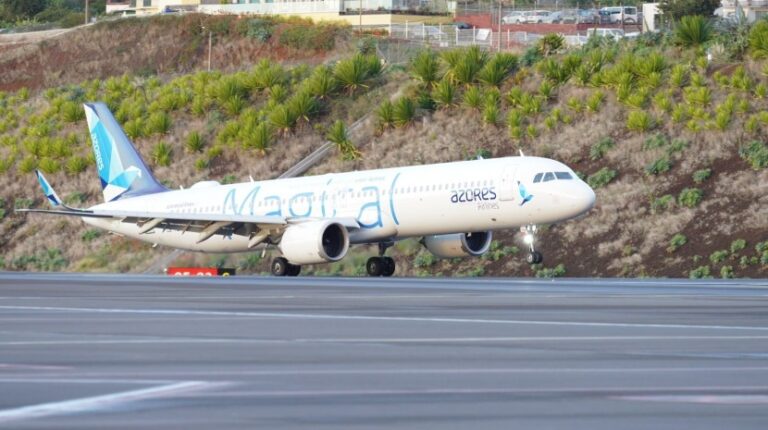 FUNCHAL-NEW YORK CONNECTIONS EXTENDED UNTIL MAY

The Regional Secretariat for Tourism and Culture announced this afternoon that direct connections from New York to Madeira will extend until May this year, with more flights being added in April and May.

According to a note sent to the newsroom, this decision came as a result of the thousands of flights canceled in the United States due to lack of crews and many employees of the handling companies infected and in isolation, so the tour operator decided to reschedule the operation, choosing to supply some frequencies and thus prolong the connection longer.

“In addition, in order to minimize any inconvenience caused by the suspension, the operator Inovtravel, together with Azores Airlines, which performs direct flights, will provide several options to passengers, whose interest resided in the connections at the end of January and February” , explains the guardianship, which also points out that flights will resume in March and already have a good occupancy.

It is recalled that this overhead line that joins these two points of the Atlantic started on November 30, 2021, having had a “very positive” acceptance, with strong demand in the region, thus corresponding to the expectations that motivated the launch of the operation”, as indicated by the Regional Secretariat of Tourism and Culture.

“Not unrelated to this demand for the island, it is worth mentioning the investment in promotion that the Madeira Promotion Association has carried out since the beginning with this operation, which has made it possible to make the region known in the United States of America, a market that constitutes one of the clear bets of the destination as a diversification market, the part of the northern neighbor, Canada, and the southern neighbor, Brazil”, can be read in the same note

In the opinion of Eduardo Jesus, regional secretary for Tourism and Culture and president of the Madeira Promotion Association, this solution is the ideal solution to deal with the constraints that are being caused by the Ómicron variant, as it adjusts the operation to demand, safeguarding its viability, which constitutes a guarantee for its continuity.

On the other hand, he states “that this solution opens up the possibility of creating a new wave of communication where it is now possible to include the Flower Festival which, being a high point in the calendar of events, will make a high contribution to the promotion of Madeira in the North American territory”.

It’s Going to Be A ‘Whyte’ Christmas in Madeira

EMIR IN PORTO SANTO WHILE LOBO MARINHO IS IN DRY DOCK

Some Great Views of Porto Santo