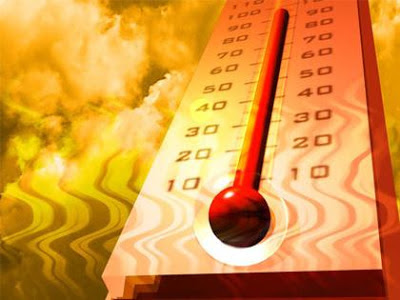 Tobi Hughes·9th July 2013
News Blog
The mountainous areas of Madeira are today and Wednesday under red warning, the most serious of a four-point scale, due to the heat, according to the Portuguese Institute of Ocean and Atmosphere (IPMA).
According to the IPMA, mountainous areas of Madeira will be under red warning from 1 am today and 18h59 on Wednesday, after passing the yellow warning, the second a less severe scale of four, until 00h59 of Friday.
This situation results from the influence of a warm tropical air mass originating in North Africa, the temperature can reach 30 degrees Celsius.
The Regional Service of Civil Protection for Madeira recommends in its website to “avoid conducting fire or fires for pleasure or recreation or for cooking food.”
Also the Institute of Directors of Social Affairs and Health Madeira advises people to seek air conditioned or cool places, avoid direct exposure to the sun between 11 and 18 hours, increase the intake of water or fruit juice and avoid consumption Alcohol and care for the most vulnerable groups, including the chronically ill, the elderly, children, pregnant women and workers with tasks exposed to the sun.