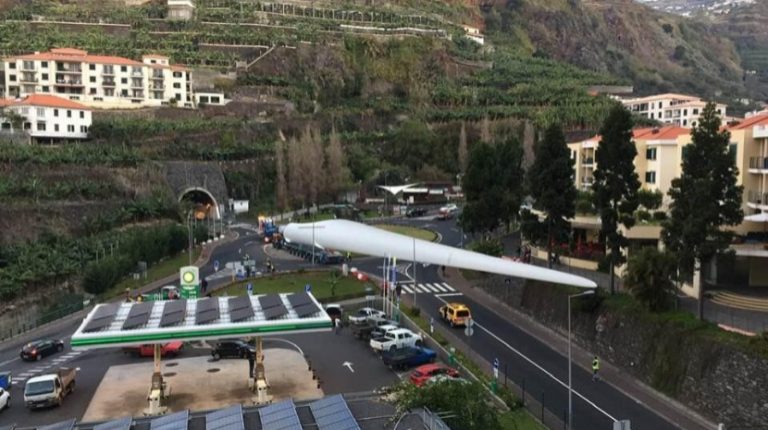 Blade Closed Tunnel in Ponta do Sol-Madalena do Mar

The transport of wind blades between Caniçal and Paul da Serra has been generating several constraints on road circulation, depending on the size of each part of the equipment.

Today, one of the giant blades closed the Madalena do Mar tunnel, conditioning circulation for about 30 minutes. The problem, however, is now solved.

The size of the loads is impressive, as well as the means involved in the operation: “eight trucks, 38 axle lines for the transport of each generator, 1 Blade Lifter, 18 Laso employees and 20 PSP agents”, announces Laso, in communicated. The highlight for the Blade Lifter, a device that allows lifting the wind turbine transported up to 60º of inclination, as well as rotating it 360º on its axis, facilitating the passage on winding roads or populated areas, for example.

Transport operations are being carried out in several stages, not least because it will be necessary to cut roads, intervene in 8 roundabouts and divert electrical wires. 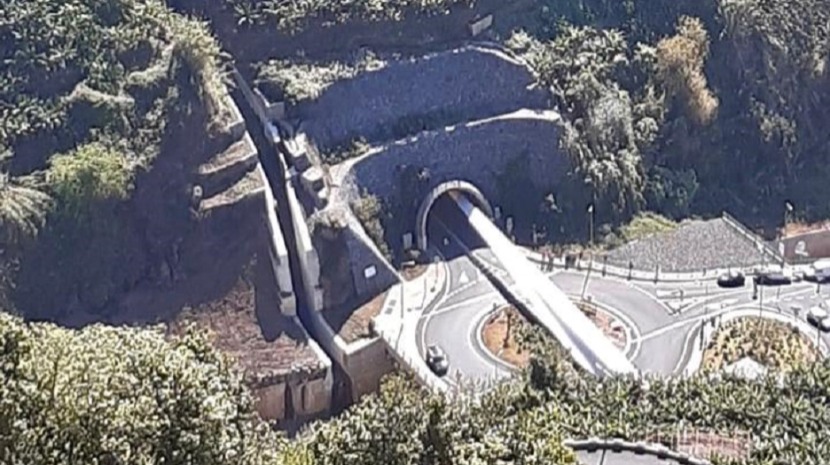