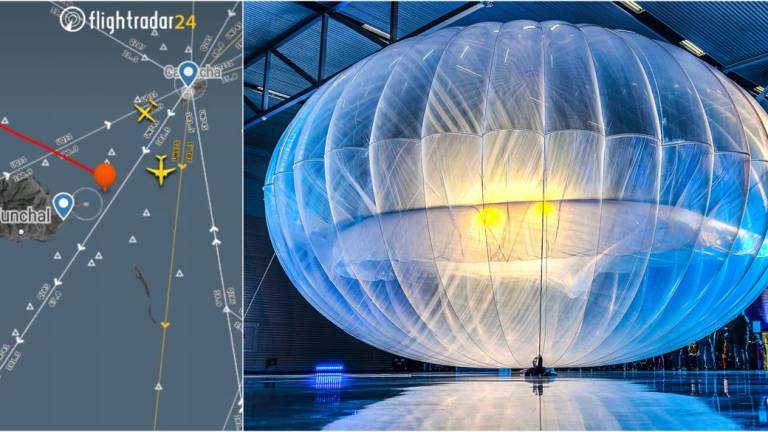 A Google balloon passed this Sunday afternoon, around 7 pm, over Madeira, more specifically at 16 kilometers of altitude (10 miles).

The US multinational again put the ‘Loon’ project on the air, a plan that involves launching balloons into the sky, far above where planes or birds pass, in order to provide Internet.

After being presented in 2011, and possibly still being tested, this program assumed the desire to create wireless networks to transmit signals to any part of the Planet, mainly to rural and remote areas that did not have access to the Internet.

Using the Flight Radar, it can be seen that the balloon was launched in the USA, passed off the Azores and is now heading towards the Canary Islands, with the possibility of flying over some countries on the African continent. Other balloons can also be observed in South America, in countries like Uruguay, Argentina, Brazil, Peru, Ecuador and Colombia.

Get ready for cold wet and windy weather.

Most Beautiful Places in Madeira (video)

46 new cases in Madeira and 96 recovered