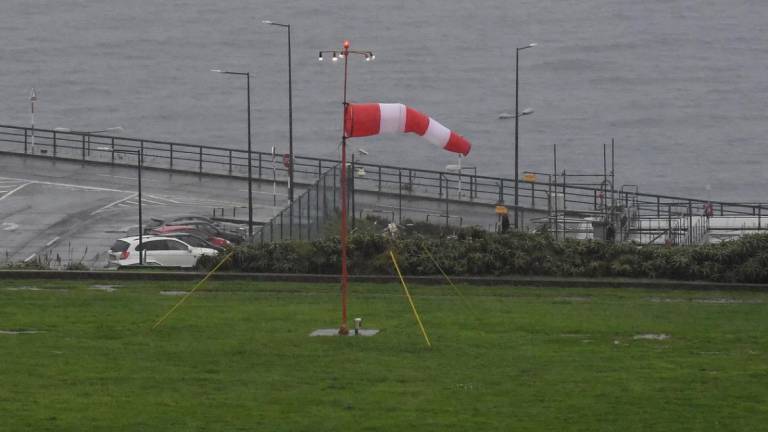 Strong wind is on the way

Strong wind with gusts of up to 80 km/h from today, in addition to increasing the sea swell, may also involve constraints in the air movement to Madeira. For the rest, clouds and little rainfall is what the general forecast for the weather for Madeira reserves until the weekend.

Time that will continue to be “conditioned by the persistent presence of the Aztic Anticyclone” which, after being centered in the vicinity of the Archipelago of Madeira, should now position itself over the Azores Archipelago, which is why no major changes are expected in the time that has been felt. “It is generally expected to have periods of temporarily cloudy skies, with little cloudiness on the southern slopes”, says Victor Prior, regional delegate of the IPMA in Madeira, adding that “the possibility of showers in general being weak” this Thursday, “associated with the approach and passage of cold frontal surface, dissipating ”. The main change should be the wind that from weak (less than 15 km / h) to moderate (15 to 35 km / h), from this Thursday it will change to “moderate to strong (35 to 55 km / h)” The meteorologist warns of the possibility of “bursts of the order of 80 km / h occurring at the eastern and western ends of Madeira and mountainous regions”. Wind that on Thursday and Friday may blow above the operational limits established for Madeira Airport.

The calm sea should also become more rough, with the significant height of the waves reaching 3.5 meters later in the week.

With regard to the air temperatures in Funchal, until next Sunday they should vary between minimums up to 15 degrees and maximums up to 23 degrees. In Porto Santo the predicted extremes of air temperature are between 14 degrees of lowest low and 21 degrees of highest high.

Anyone notice the Super Yacht off Praia Formosa?

State of Emergency about to be Declared?