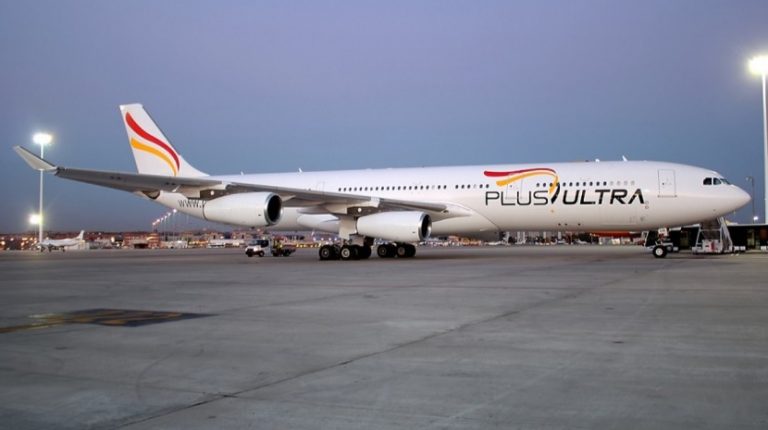 FLIGHT FROM CARACAS BRINGS 30 PORTUGUESE BACK

This Thursday, an extraordinary new flight from Maiquetía airport left, which will bring 30 Portuguese people back, with one of the passengers having the final destination in Madeira. Another seven are on the waiting list for not being able to connect between Lisbon and Madeira at this time. The flight was once again organized by the European Union and made operational by Plus Ultra.

The embarkation for this new extraordinary flight was accompanied by the consul general and the embassy in Caracas and had the support of all Venezuelan security authorities.

As JM had reported, on March 26 a flight organized by the European Union left Caracas, which was operated by the Spanish airline, Plus Ultra, which, to date, brought 18 Portuguese back. The Madeiran who was on the passenger list, who had booked and paid for the trip, did not show up for the trip, apparently due to medical advice.

As on the first trip, this flight had special authorization from the Venezuelan Government, passengers must reside in a country in the European Union and had to bear the full value of the trip to Madrid, the Spanish capital. The route between Madrid and Lisbon will be made by bus.

Glad I wasn’t on this flight