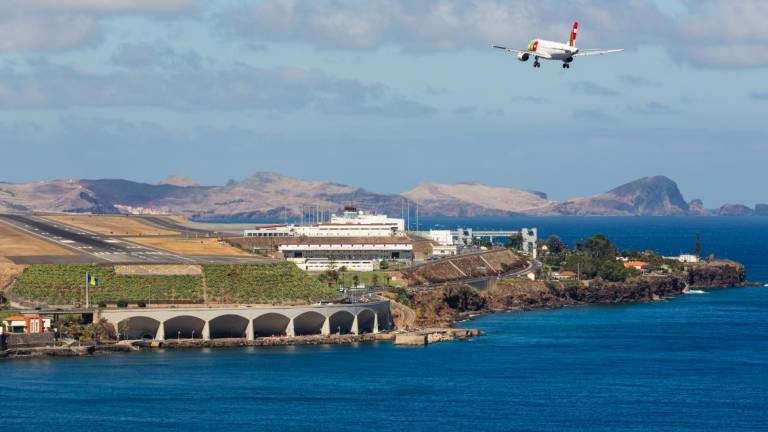 The Madeira Tourism Secretary assured that quarantine is not mandatory in HOTELS in this region as long as passengers carry out the reliable covid-19 test in the 72 hours prior to the trip.

“Today, quarantine is not mandatory in Madeira, contrary to what many people still think,” said Eduardo Jesus in an interview with the Lusa agency.

The Madeiran official stressed, on the other hand, that the region has “a quarantine for people who have not taken the test in the last 72 hours”.

“Whoever comes to Madeira and takes the test 72 hours before is not confined to a hotel, goes to their destination and does the modesty they have to do,” he added.

For this reason, “the obligation to stay in a hotel is no longer effective for everyone who arrives in Madeira”, stressed the island official.

Eduardo Jesus pointed out that this is a practice that “starts to be recurrent in the world: anyone who travels with a test done in the last 72 hours, which is a PCR [the one who says whether you are  positive or negative], not the serological [who certifies that he has antibodies], already gives a guarantee ”.

If there is contamination at the destination, the situation is controlled, and it is necessary to “track the person and accompany him in the territory”.

“This is a new reality, we cannot in any way ignore that it has consequences and we have to know how to deal with them”, he stressed.

The member of the Madeiran executive pointed out that “Madeira took a very important step when it removed the quarantine between the islands [Madeira and Porto Santo]”.

“We became the first national territory where circulation between different physical spaces takes place without any control, because there is no active contamination in Porto Santo, there is not in Madeira, there have been no new cases in both places for many days. There is confidence and people can travel without being controlled and subject to quarantine ”, he argued.

Eduardo Jesus stressed that, in the case of “there is one more territory with which this logic can be established”, Madeira is “ready to open up and deal with people in this way”.

In the case of “the same degree of confidence does not exist, certain measures are put in place”, namely the PCR test carried out in the last 72 hours, which “is already the way to avoid quarantine on arrival in Madeira”.

The Madeiran secretary recalled that on May 13 the European Commission determined that “the reopening must be carried out taking into account the epidemiological status of each region”.

In the opinion of the island official, the EC “wants to paint Europe in colors, gives green to a region like Madeira”, attributing the same color to states like “Bulgaria, Croatia, Greece, Austria, Finland, which are territories who have “the level of demand is lower, because there is no active contamination, there are measures implemented”.

The situation is already more complicated between regions with different situations, such as England, which “has an active contamination always rising, hundreds of deaths”, requiring “different measures”.

“This is what Europe is challenging. At the same time, it demands non-discrimination, which is quite impossible. The same measures are not going to be applied to a territory that gives us confidence and one that does not give us that confidence ”, he stressed.

Globally, according to a report by the AFP news agency, the covid-19 pandemic has already claimed more than 300,000 deaths and infected more than 4.6 million people in 196 countries and territories.

In Portugal, 1,218 people died of the 29,036 confirmed as infected, and there are 4,636 recovered cases, according to the Directorate-General for Health.

Madeira continued on Sunday with no new cases of covid-19, maintaining the same 90 reported situations for 11 days, 59 of which are reported to have been recovered and 31 active, and no deaths, according to the region’s health authority.

To combat the pandemic, governments sent 4.5 billion people home (more than half of the planet’s population), paralyzing entire sectors of the world economy, in a “great confinement” that several countries have already begun to alleviate in the face of declining prices. new contagions.

A Madeirans fight for her Autistic Child