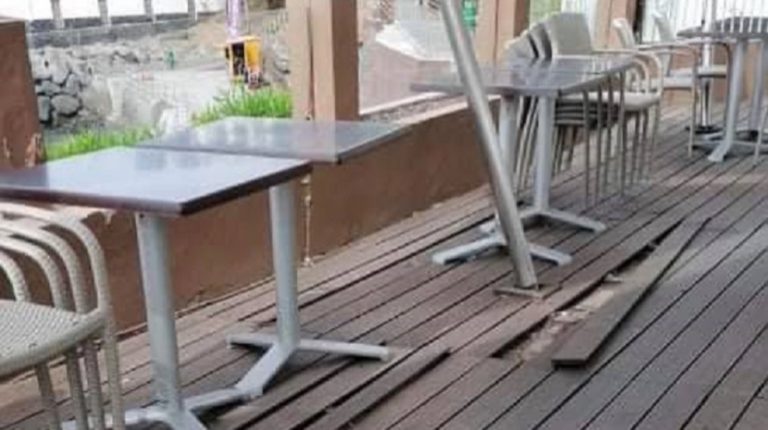 The owner of the bar Qasbah Live Music & Cocktails, in Lido, denounced, through social networks, the situation of vandalism and criminality that his establishment was subject to.

It is a sign of the insecurity and uncontrolled delinquency that begins to immerse in our city in broad daylight!

This morning a delinquent with a “crowbar” raised the boards of our terrace to remove the coins that were supposed to be underneath!

He even threatened those who saw it and said he was going to call the police!

Then he calmly went on his way, leaving the damage behind, perhaps the bill for a euro or two that the owner ends up finding!

I appeal to those who have responsibility and authority on this topic, who also shudder and move quickly so that what has happened to us and happens all over the city does not turn into another criminal and social crisis with far more serious consequences and this becomes a no-man’s-land!

From my account, if I pick it up, I will voluntarily ask you to help me nail the boards all over again! “, Can be read in the Facebook post.

“CHRISTMAS STALLS” AT PLACA WILL CLOSE AT 8 PM