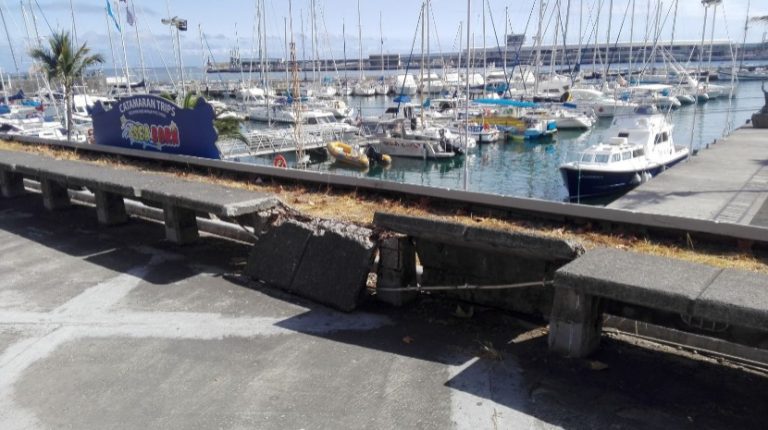 The same old story all over the island, they make everything new and show how great they are at all the work they have done, then it’s just left to rot. How long before we see this along the new road in Ribeira Brava…. Not long…..

Below from Jornal Madeira.

The coordination of PPM-Madeira was this morning at the marina of Funchal to denounce “the state of abandonment” in which it is.

According to Paulo Brito, he says he does not understand how “in a Region like Madeira, which is a strategic crossing point for recreational boats, has its marina in this state of conservation”.

“In a land where you build because you feel like it, but the infrastructures already built are left to be abandoned”, accused the party coordinator, stressing that “there is even a lack of security for those who pass there, going from broken slabs of cement with rusty irons in sight. , plates on the floor displaced and broken, electricity boxes without protection, electricity cables removed from lampposts without any protection “.

Paulo Brito also recalled that the marina “has enormous potential”, suggesting that it “could even be increased and build a workshop for boats that are passing by and stop for supplies and could also carry out maintenance and repairs on the boats thus bringing more money and employment for Madeirans”.

“We do not realize this lack of vision of those who govern us,” he concluded.