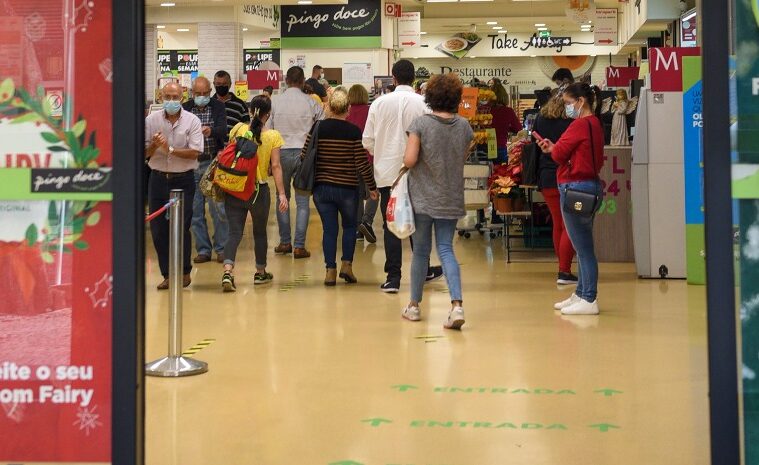 The pandemic control measures remain valid inside supermarkets, but people’s behavior has changed since the beginning of the confinement, with less control at the entrance of supermarkets and more disrespect for social distance, either when waiting in line to access to products from the sections (butchery or bakery, for example), or at the cashiers to pay for purchases.

JM yesterday visited stores in the two largest supermarket chains in the country – Pingo Doce and Continente – and found that the measure that customers most respected was the mandatory use of a mask.

Yesterday, before the day’s update, 639 positive cases of covid-19 were recorded in the Autonomous Region of Madeira, of which 162 remained active, the majority originating from local transmission (88).

But, despite the increase in the number of cases, especially in the last few weeks, the Madeirans remain more relaxed in supermarkets than in the period of total confinement, when the cases were practically none.

I have noticed this also. In Pingo Doce in Cancela you could only use the steps one way up from the car park, and to go back down by foot you had to go outside and walk down the ramp where you drive in, it use to drive me mad. Now as everything is getting worse, they have made the stairs two way.